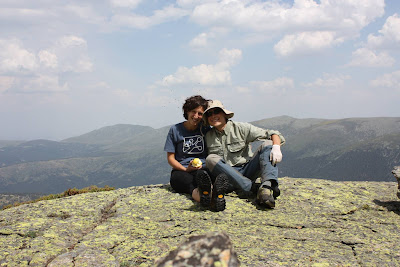 My recent Fulbright experience led me to Spain for very scientific objectives. I went to research a disease known as Chytridiomycosis, which has proven to be a major threat to amphibian species around the world. Before my Fulbright grant, my long term study of alpine amphibian populations infected by this rapidly-spreading disease offered me important new insights into the disease’s ecological dynamics. Some of the most valuable and unexpected discoveries I made during my Fulbright experience, however, were not scientific nor were they found at my field sites. My most profound experiences came from close contact with Spanish culture in small towns that see few foreign visitors.

Spain abounds with historic villages in all of its regions: from the sunny and warm coasts of Andalusia to the mist-covered mountains of the Pyrenees. Each village has a distinct character, history and atmosphere. After moving from the urbanity of Madrid to these rural regions, I became hooked on everything “de pueblo” (from the village). This single Spanish phrase, though seemingly short and insignificant, denotes a myriad of qualities and characteristics about a region, its people and its landscape. For me, the descriptor always conveyed something positive. Romantic, pastoral landscapes boasting herds of sheep and long rows of grapevines serve as a quintessential “de pueblo” scene. Long, unhurried Sunday afternoon lunches in the company of close friends and family undoubtedly exemplify a typical “de pueblo” activity. A corner bar hosting a native clientele who hovers over wooden bar tops while snacking on cured ham and sipping a small glass of beer embodies the epitome a “de pueblo” atmosphere. Eating chorizo and cheese at ten o’clock in the morning is very “de pueblo.” My friend’s white-walled farmhouse in Andalusia’s olive country could be considered “de pueblo.” The narrow, winding cobblestone avenues enclosed by tile roofed and stone walled buildings in Segovia’s Jewish sector paint a scene that is definitely “de pueblo.” The cranky bartender at a rustic restaurant in an Asturian Mountain village who hesitatingly served me and a research colleague drinks was undeniably “de pueblo.” At once, this commonly used phrase suggests simplicity, authenticity, antiquity, family and a lifestyle not found in the city.

The most profound aspect of “de pueblo” life is undoubtedly the people. The closest friendships I made during my Fulbright grant were with people from small villages. These friends and their families often hosted fabulous meals in their homes. Over elaborate meals, I learned about Basque culture’s history, the increasing political and cultural divide between Catalonia and other areas of the country and many other interesting aspects of Spain’s rich cultural and political history. Simply stated, my most genuine and valuable education about Spain was instilled in a village setting. This unlikely cultural education embodies the Fulbright Program’s goals of promoting mutual understanding between nations and cross-cultural immersion. Learning does not only occur in an academic setting, but also in the world’s vast unknown regions possessing a diversity of cultures, each containing history and traditions not always found in a library. As I prepare to return to this lovely country after my Fulbright grant for further academic pursuits, one is likely to find me in a tiny, historic village enjoying a fruitful life that is “de pueblo.”

Photo: Dave Daversa, 2008-2009, Spain, and his co-researcher Saioa Beaskoetxea at one of their field sites in Penalara Natural Park located in the Sierra de Guadarrama Mountains outside of Madrid.