The Fulbright Program has long supported journalism as a powerful means of cultural exchange. Fulbright journalists have been recognized with some of the highest honors across digital and traditional media and we proudly featured some of our prominent alumni, like Maria Ressa, during our Fulbright 75th Anniversary celebration in 2021. Journalists provide audiences with an opportunity to be part of events and places that cannot experience firsthand, connecting all of us in a complex and changing world. Thanks to their professionalism, integrity, and bravery, journalists replace myths and assumptions with facts, and help bridge divides that separate us.

In digital, print, and broadcast media, Fulbright’s journalist alumni further the Program’s mission to strengthen democratic values and promote understanding among all people around the world. Below, meet some of our exceptional alumni who are keeping the world informed about the ongoing crisis in Ukraine. 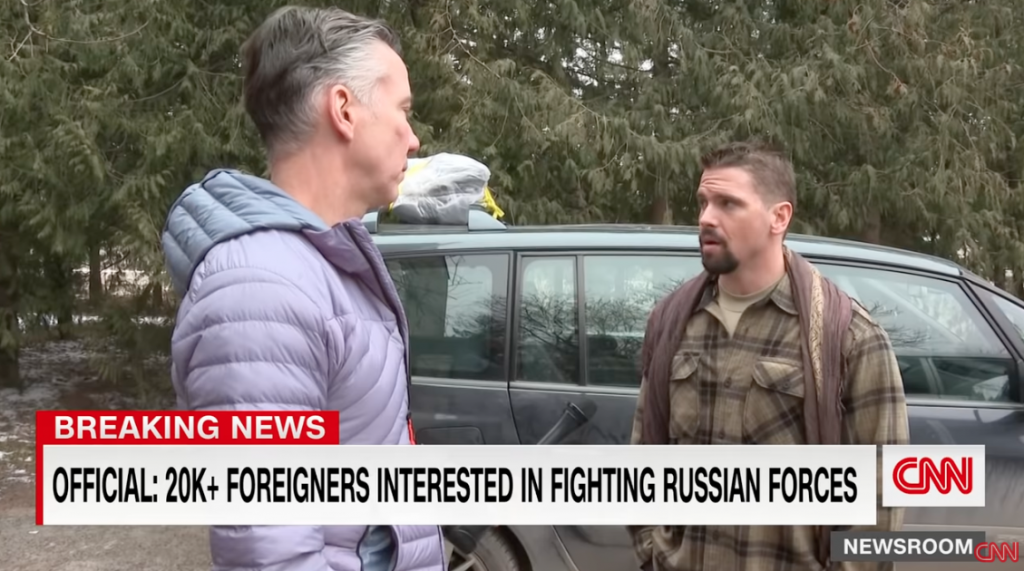 Jim Sciutto, 1993 U.S. Student to Hong Kong
As CNN’s chief national security correspondent and co-anchor of CNN Newsroom, Jim Sciutto is leading CNN’s coverage from Ukraine and helping to shed light on the situation for millions of CNN viewers every night. He has authored several books, reported from 50 countries, and was the senior foreign correspondent for ABC News based in London. He also served as Chief of Staff and Senior Policy Advisor to U.S. Ambassador Gary Locke at the U.S. Embassy in Beijing, China. Stay up to date with his reporting on Ukraine through his Twitter. 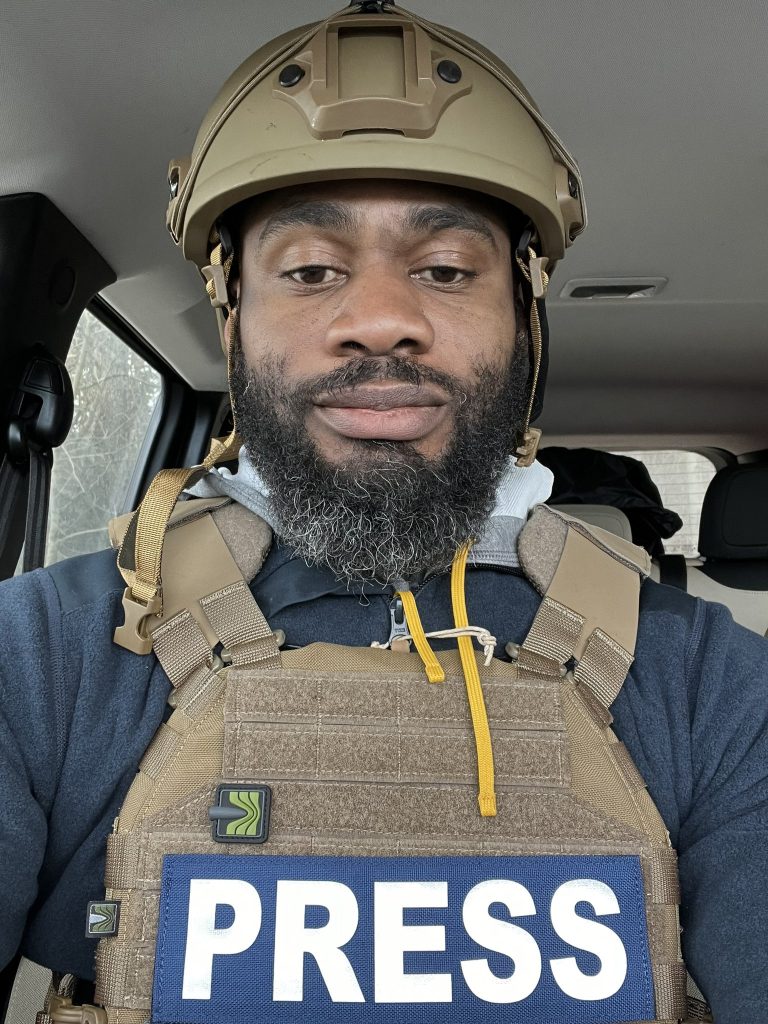 Terrell Jermaine Starr, 2009 U.S. Student to Ukraine Reporter Terrell Jermaine Starr is currently in Ukraine providing real-time updates and commentary from Kyiv and covering the developing refugee crisis at Ukraine’s border through national news outlets and on the ground via Twitter. He is the host and founder of Black Diplomats podcast and a regular contributor to Foreign Policy magazine, where he writes about Eastern European politics and the intersection of foreign policy and race. Follow his reporting on Twitter. 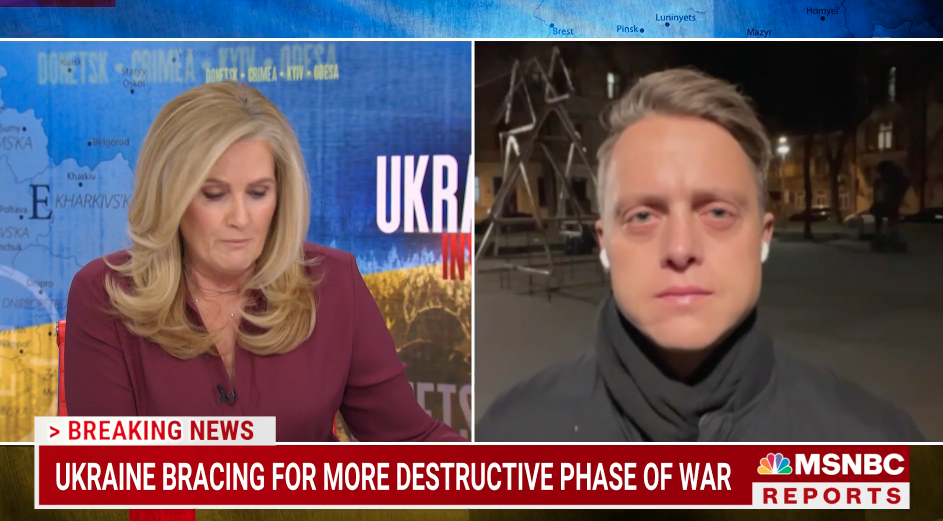 Misha Zelinsky, 2021 Visiting Scholar from Australia
Financial Review journalist Misha Zelinsky is currently reporting on the ground from Ukraine about efforts citizens are making to protect the city of Kyiv. Misha is a lawyer, economist, and public policy expert with a Masters degree in Public Administration from the London School of Economics. He was recently awarded the Fulbright Professional Scholarship in Australian-U.S. Alliance Studies (ASUMIN Indo-Pacific Scholarship) funded by Australia’s Department of Foreign Affairs and Trade. Follow his reporting on Twitter.

Nina Jankowicz, 2016 Fulbright Public Policy Fellow to Ukraine
An internationally recognized expert on disinformation and democratization, Nina Jankowicz has provided commentary on the conflict in Ukraine to radio, print, and broadcast media. During her Fulbright Public Policy Fellowship in 2016, Jankowicz advised Ukraine’s Ministry of Foreign Affairs, supporting strategic communications in the MFA’s Office of the Spokesperson.  Follow her commentary on Ukraine here and watch her speak on PBS NewsHour here on how Russia uses disinformation to justify their actions. 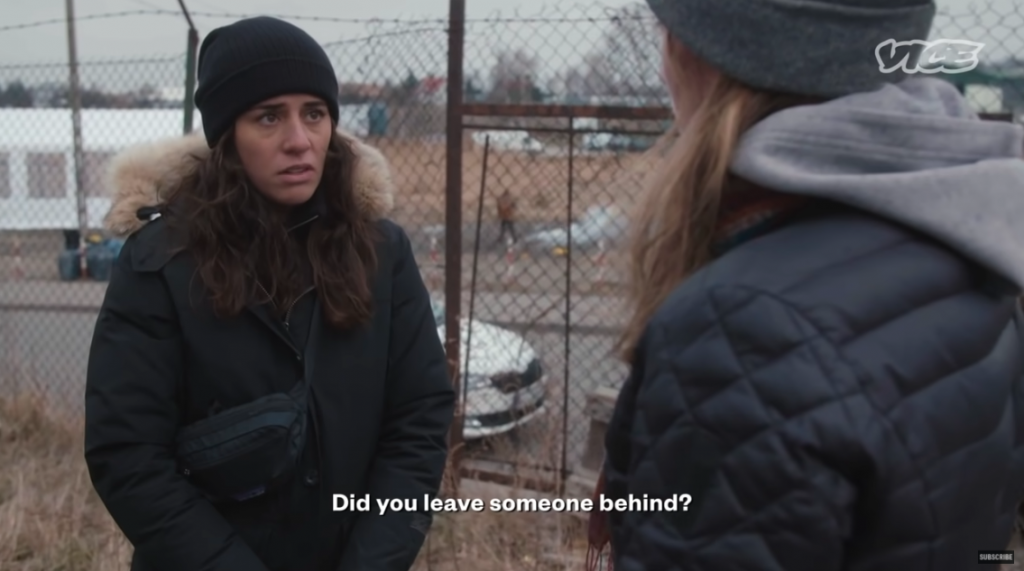 Valerie Kipnis, 2022 U.S. Student to Ukraine
Valerie Kipnis is a Russian-American writer, reporter, and documentary producer. Most recently, she was at VICE News, where she reported on climate change, reproductive rights, and the former Soviet Union. Prior to VICE News, she worked at or contributed to Coda Story, The Moscow Times, and NBC. Prior to beginning her Fulbright, she produced a powerful piece for VICE News which was filmed in Ukraine and features interviews with volunteer soldiers and Ukrainian refugees. Kipnis was selected to complete her Fulbright in Ukraine but is currently carrying out her project in Warsaw, Poland. 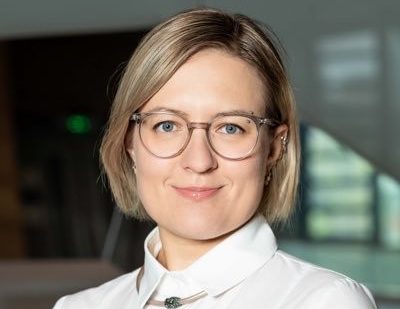 Olga Boichak, 2014 Foreign Student from Ukraine
Olga Boichak is a lecturer in Digital Cultures at the University of Sydney in Australia. She has provided expert commentary to Bloomberg News, ABC Australia, and more about the cybersecurity aspects of the current conflict in Ukraine. Boichak earned a Master of Public Administration from Syracuse University through the Fulbright Program in 2014. Follow her commentary on Ukraine on Twitter. 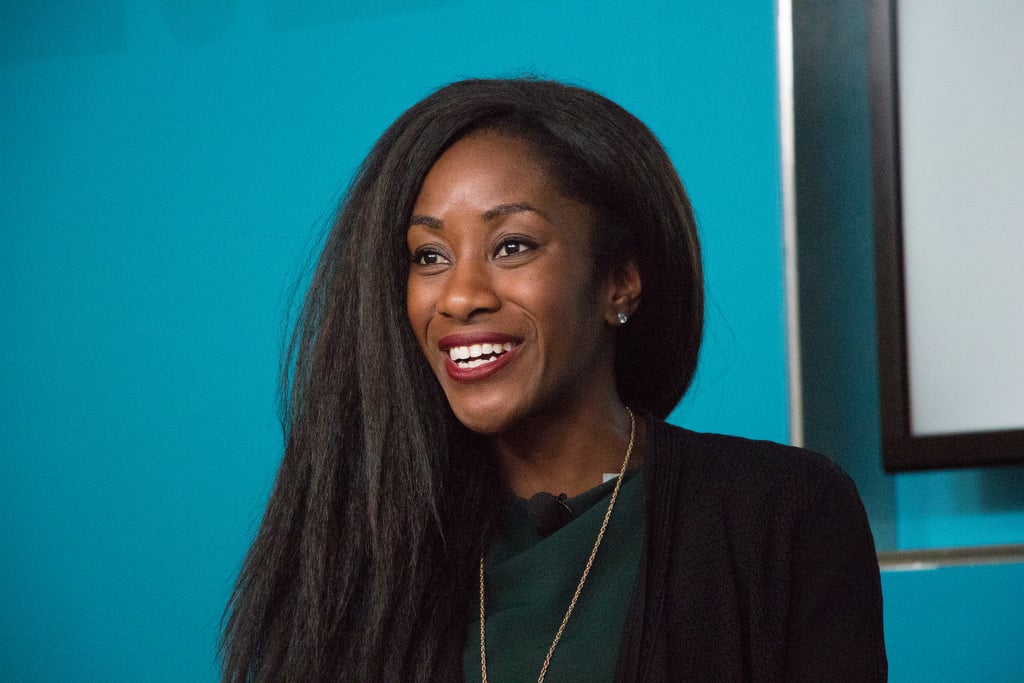 Karen Attiah, 2008 U.S. Student to Ghana
Karen Attiah is a columnist and the former Global Opinions editor for the Washington Post. She won the George Polk Award for her writing about the murder of Jamal Khashoggi and was named Journalist of the Year by the National Association of Black Journalists. While on her Fulbright, she researched public political engagement in Ghana. Follow her on Twitter here and read her op-ed on Ukrainians in the United States here. 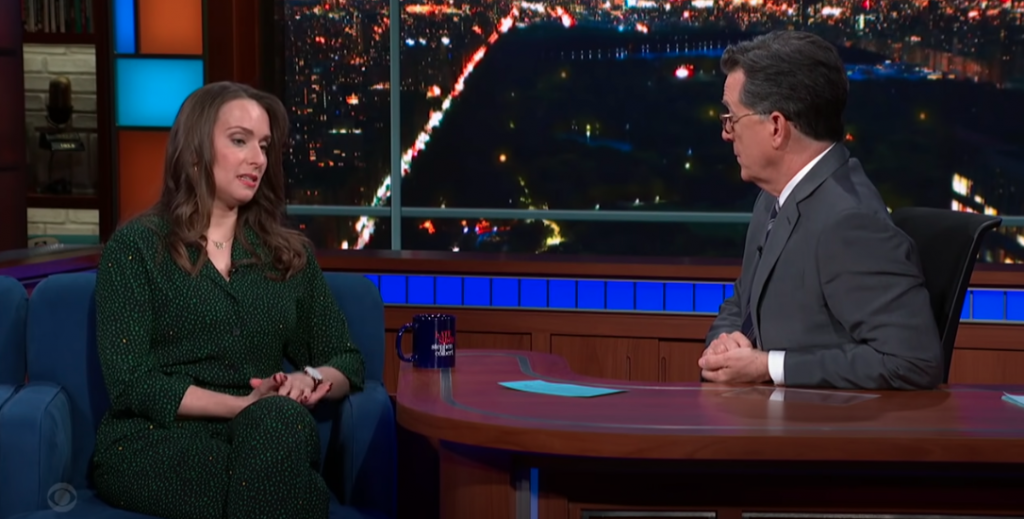 Julia Ioffe, 2009 U.S. Student to Russia
Julia Ioffe is a founding partner and the Washington correspondent for Puck News, a journalist-owned media company. She is a veteran reporter on politics, and previously wrote for The Atlantic, The New Yorker, and Politico. Throughout the crisis happening in Ukraine, Ioffe has been commenting on the news daily on her Twitter and has also provided commentary on several media outlets, including CNN, MSNBC, PBS’s FRONTLINE, and The Late Show with Stephen Colbert. Follow her on Twitter here. 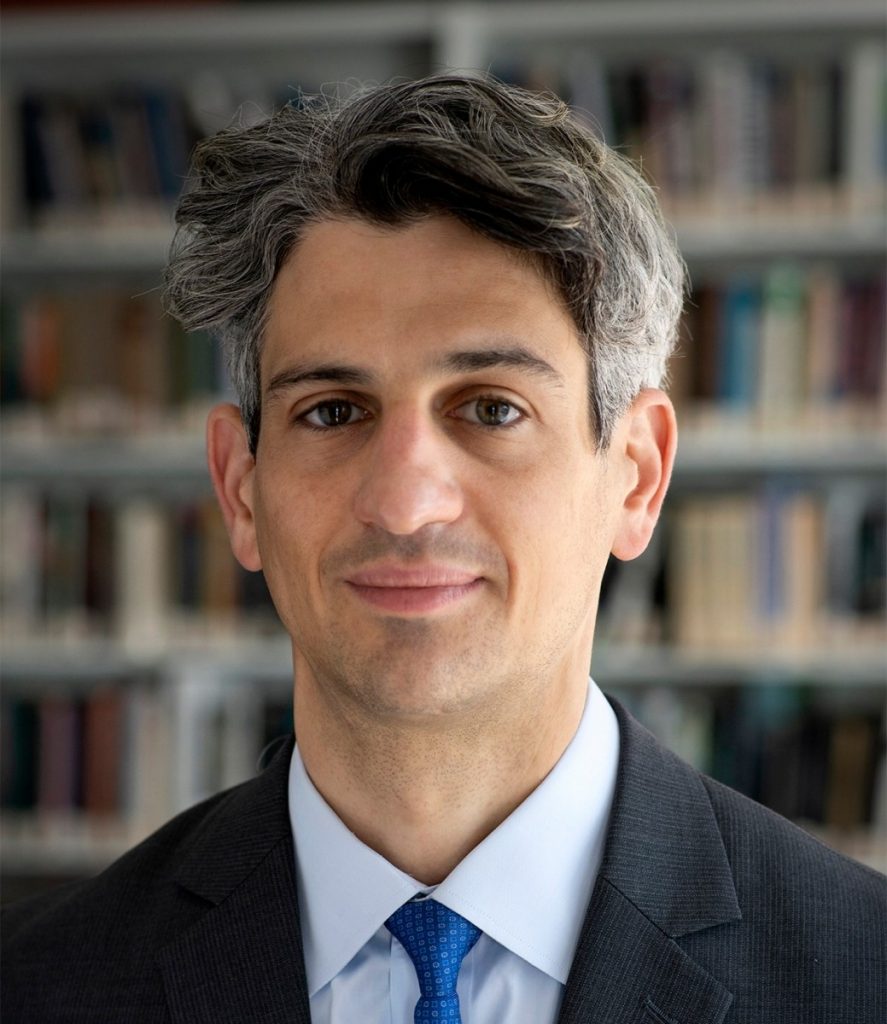 Samuel Charap, 2002 U.S. Student to Russia
Samuel Charap is a senior political scientist at the RAND Corporation and has contributed several articles to media publications on the ongoing Russian invasion of Ukraine, including the Financial Times and Foreign Policy. Throughout his career, he has written extensively on Ukraine and Russia, and has held several positions at think tanks and international organizations related to the region. His commentary and publications can be found here. 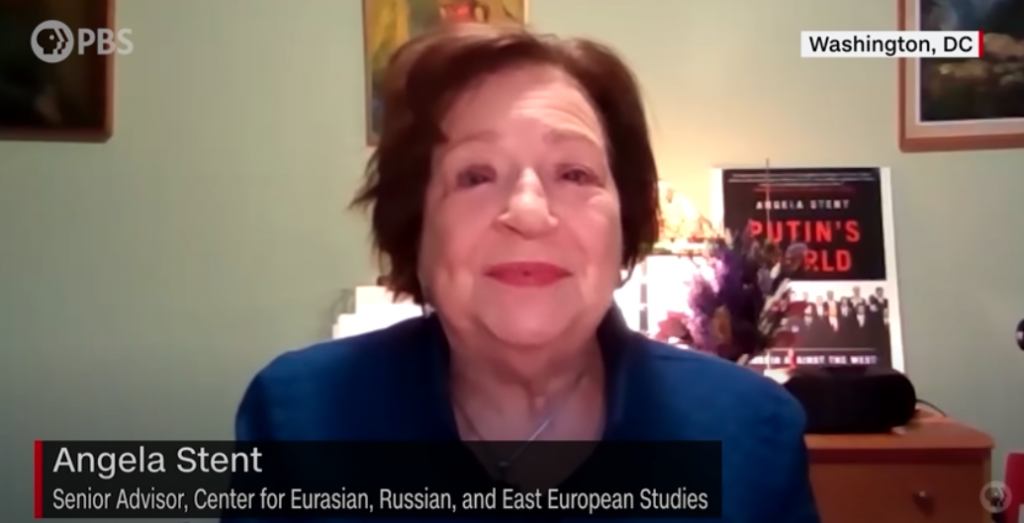 Angela Stent, 2008 U.S. Scholar to Russia
Angela Stent is a foreign policy expert, particularly in the field of Russian foreign policy and U.S. and European relations with Russia. She is currently the director of the Center for Eurasian, Russian & East European Studies at Georgetown University and co-chairs the Brooking Institution’s Hewett Forum on Post-Soviet Affairs. She has spoken on the ongoing crisis in Ukraine and Russia’s motivations on outlets such as Amanpour and Company and NPR, among many others. 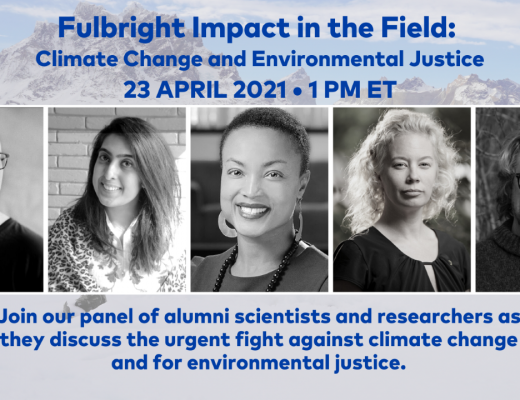