Talya Lieberman, 2012-2013, Latvia (right), and her friend and accompanist Liga, after a recital for Museum Night at the Jewish Museum on May 18th, 2013 in Riga, Latvia

Not long into my Fulbright grant, I wrote down a list of concepts that I wanted to further integrate into my life—a sort of prayer, if you will, that was to be uttered as a daily reminder to center myself on my values. In it, I wrote, “May I have the courage to fall down and get back up.” I meant it metaphorically, of course, but alas, in the defining moment of my year, I got to learn what that really meant.

It’s not the story I expected to tell, and it’s probably not the most comfortable to read. Three months into my Fulbright Study/Research grant to Latvia to study Voice, I was invited to perform a recital at one of Riga’s coolest venues for Valentine’s Day – the Kalnciema Kvartals. I was really excited—it was a great opportunity that could only lead to more good things.

Then, I fell. On my way to the rehearsal, I slipped on ice, and fell. Big time. I hit my ankle against the wall, and broke it straight through. But fear not! This is a happy story, as what resulted was one of the most challenging but greatest lessons in the kindness of strangers, friends, and family, in patience, in resilience, and so much more.

I wanted to write about this experience, because, for me, the greatest moments of cultural exchange are in the quotidian, the details, the nooks and crannies of everyday life. Since that may bore you, I figure it’s a good idea to use examples from this more exciting period of my Fulbright year.

There were many such moments; when I fell, a man and woman stopped to help me. The man called the ambulance while the woman had me sit up on my bag (so that I didn’t freeze to the ground). They chatted me up as we were waiting (from the United States? Opera singer? In Riga? Huh? I get the “Why on earth did you come here?” look/question quite a lot. Latvia’s export of international opera singers is a point of great pride for Latvians, so they are usually quite pleased to hear that my interest was piqued by the wildly disproportionate number of Latvian opera stars.)

A medical student was in the ambulance and acted as my translator. She, too, had a bunch of questions for me. When we got to the hospital, I thanked her for talking with me to distract me from the pain. “Oh no,” she said, “I was really just interested!”

But perhaps my favorite person of this ankle saga was Ilze, my hospital roommate. Ilze was probably in her 70s, and recovering from a hip injury. She didn’t speak English, but we got by with a little French, a little Latvian, and a lot of hand gestures. We were fast friends. I was trying to keep my spirits up by singing a bit to myself when she was out of the room taking a walk; she came back and listened for a while outside the door, and came in with her face beaming. I was happy to have brought her a bit of joy. A Message from Talya Lieberman: Since nobody really wants to see photos of a broken ankle, a symbolic photo will do. When I got back to Latvia, I had to have a small procedure to remove this screw from my ankle, and my doctor gave it to me as a souvenir. I plan to make a necklace out of it, as a reminder of what it means to have the courage to fall down and get back up.

When it was time for me to be transferred to another hospital for surgery, my lack of coat and shoes became the source of quite the hullaballoo, despite the fact that I was to be outside for a total of 45 seconds. (My friends had taken my stuff assuming they would be the ones to pick me up.) Ilze’s physical therapist was showing me how to use crutches, while my nurse, Ilze, and the man who was transferring me were rummaging around to find various accoutrements to keep me warm. In the end, Ilze opened her drawer and took out a towel that she absolutely insisted I take and use as a scarf.

In that moment, the fear, discomfort, and pain became secondary to the love and gratitude I felt towards all of these strangers who cared for me.

There’s a lot more to this story, of course, but you get the idea. I ended up having to go back home to the United States on medical leave for quite a long time. There was no way I could function in Latvia living alone, especially if there was still ice on the ground. It was an incredibly difficult time for me with so many ups and downs, but I persevered, and am now back in Latvia, on two feet, continuing to bond over the common thread of humanity with the various Ilzes I have had the privilege to meet. 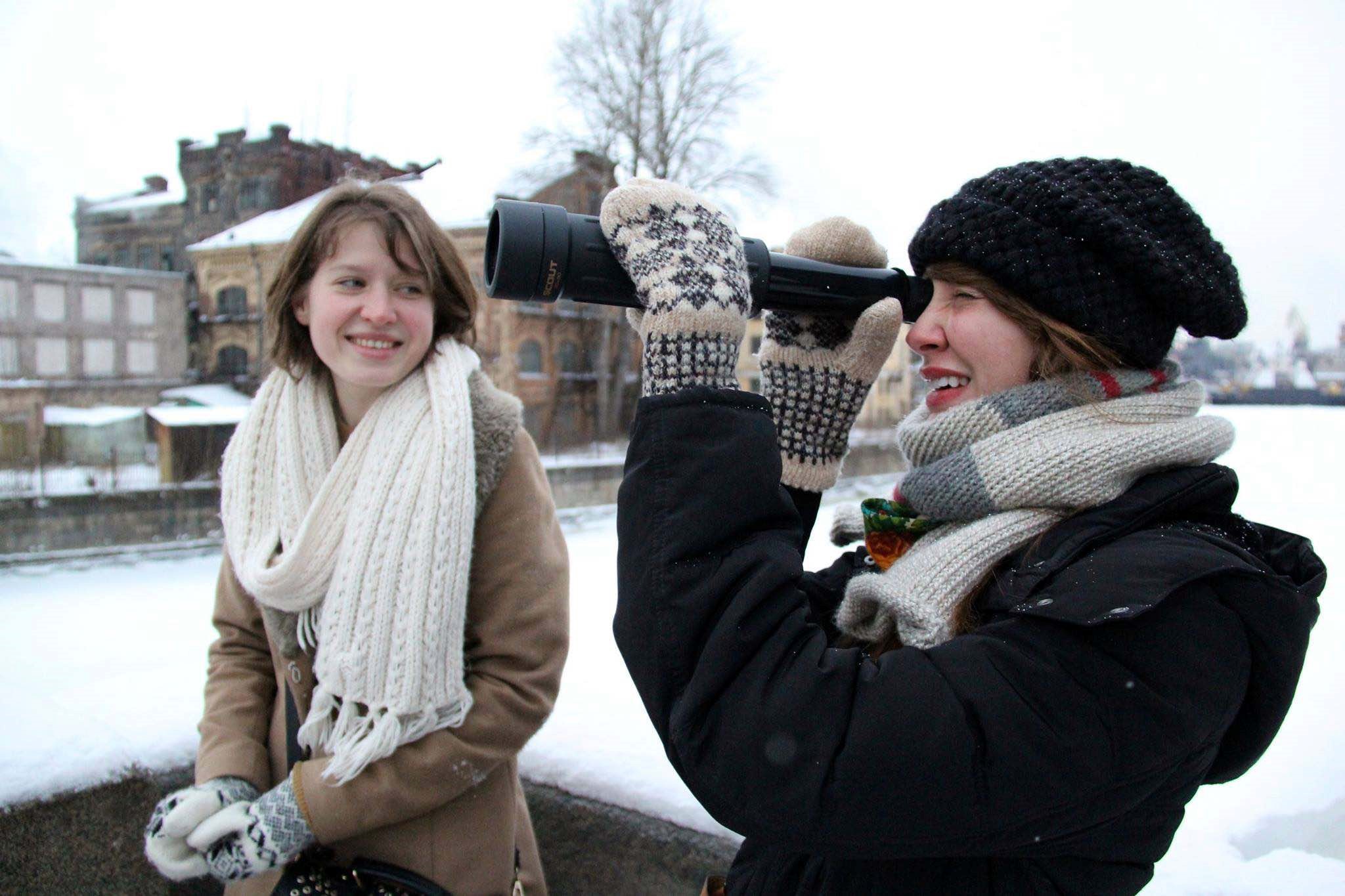