The Fulbright-MTPTrain participants enjoyed Glacier National Park in Montana over the weekend.

We finally made our way down the sun road arriving at sun spot, waving at the mountain goats along the way. Emerging ahead of us, from the emerald-sapphire waters was yet another mountain; its peak shimmering with the river under the August sun. While the adult that I am tried his hand at skipping stones with advanced techniques, the child in me was compelled to collect the red rocks and green stones from the river bed, which under the magic of the emerald waters had transformed into precious treasures.

I remember seeing snow then, clustered around the ridges of the icy blue mountains; the last remnant of a winter long gone in most of the country. Not unlike the drive-in theatre we passed on the long road back, with its giant white screen in the empty field, surrounded by the thriving farmlands. Or, the rail hoppers, who can be seen in Whitefish, wearing mismatched clothes and torn gloves; with giant backpacks swung across their backs and their faithful canine companion by their sides, looking for the next train they can call home.

While the sun was getting ready to call it a day in New England, Whitefish was still going about its day at glacier-pace. Locals and visitors alike enjoyed the Huckleberry Days’ Festival – from whistles made from antlers to saw carved beavers holding signs reading: “One damn project after another,” next to a sign reading, “We don’t give a huck,” were huckleberry jams made from the locally foraged infamous huckleberries. The festival seemed to symbolize the essence of Whitefish; that a small berry can have a big impact.

It was at the river on Baker Ave, where I was overcome with the urge to join the locals in a “Whitefish tradition.” From bridge diving to rodeos and free ranch egg hunts, my afternoon was filled with stories that could only be born in Whitefish.

Seeing a Whitefish local bathing with the ducks in the stream, I was filled with a longing for the Karachi beach. Ankle deep I started a count to three, which extended to the five of reluctance. I realized the only way was to hold my breath and dive right into the culture. As I emerged, 10 duck waddles later, I was hit by a sudden unfamiliarity. Having never swam in a river, I had jumped in, expecting the salty nostalgia of the Karachi beach, but emerged with river water freshness; an experience impossible in the urban landscape of New Bedford or Karachi.

On the way back to the Fulbright Millennial Train, I felt drawn to the towering facade of the clock tower in the center of downtown. Its bright white clock face synchronizing the entire town to its relaxed pace. In the quiet blanket of the night it seemed that I could almost hear the grinding of the individual parts working together, glowing with the spirit of Whitefish community.

One by one as the city lights went out all that remained save the deep darkness was the full moon, and the luminous face of the clock tower. Anser drew this image of the clock tower he depicted in the town of Whitefish.

An Architect Discovered Hope in Williamson 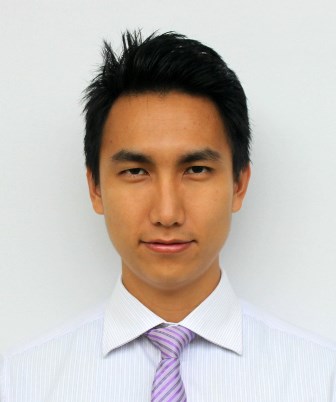