Bats: Misunderstood Mammals Making a Difference in Your Life

Juan I. Moreira-Hernández, 2016-2021, Costa Rica, working with bats that are captured using specialized nets called “mist nets.” Only rabies-vaccinated and trained professionals should ever handle bats or any other wild mammals.

Why are there so many plant and animal species in the tropics? This seemingly simple question has puzzled biologists for centuries, and even today, there is no definitive answer.

However, species are disappearing at an unprecedented rate, and the rate is faster in the tropics than anywhere else. My Fulbright research focuses on understanding how species interactions can promote and maintain high biodiversity in tropical regions. This understanding is necessary to predicting responses to environmental changes due to human activities, and to design effective conservation polices accordingly. 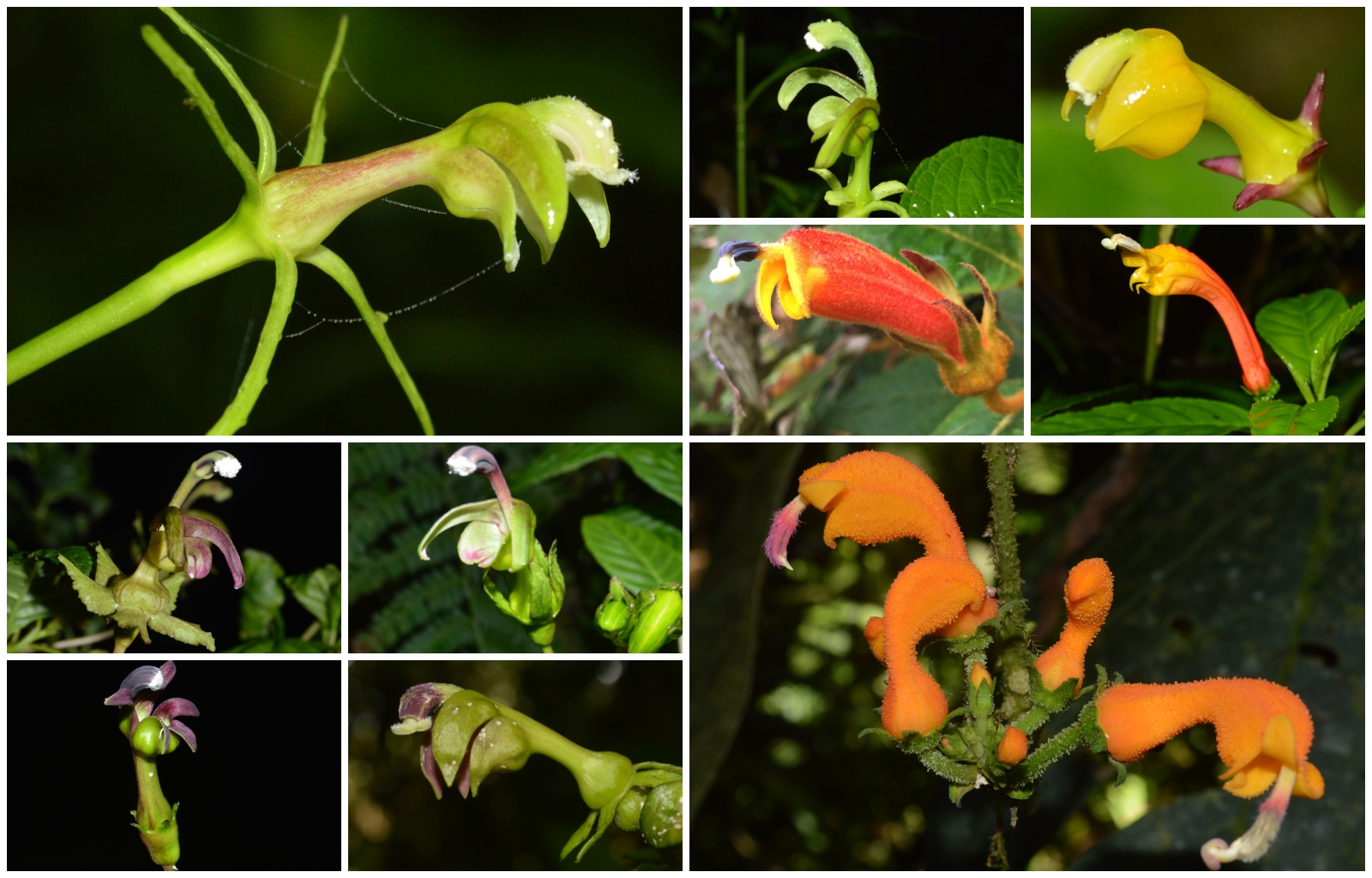 A sample of the floral diversity present in 10 species from a single plant family (Campanulaceae, also known as bellflowers) from the cloud forests of Ecuador and Costa Rica. The six species with greenish flowers are all pollinated by bats, while the four with yellow-orange red flowers are hummingbird-pollinated.

I have been studying tropical nectar-feeding bats and the flower plants they pollinate in the cloud forests of Ecuador and Costa Rica. These forests are hotspots of endemism, that is, they have a large proportion of species found nowhere else in the world. Because several bat-pollinated plants occur in the cloud forests of Central and South American mountains, many of them endemic, it is thought that the bat pollinators have played a role in their diversification.

Moreover, bats themselves are a very diverse group of mammals (more than 1,200 species worldwide; that’s one out of every five mammal species!). They are also often misunderstood, but they perform significant environmental functions such as the control of insect populations, seed dispersal and forest regeneration, and the pollination of hundreds of ecologically and sociologically important plant species.

For example, did you know that the source of tequila is the bat-pollinated agave plant? That’s right! No bats, no tequila! I hope my research will generate increased interest in these fascinating mammals and aid in their protection by demonstrating how they help to maintain rich, tropical ecosystems for all living creatures who rely on them.

Thanks to my Fulbright award, I have had an opportunity to continue my research on bats in the Ecology, Evolution, and Systematics PhD program at the University of Missouri-St. Louis (UMSL).

UMSL is an amazing place to study biodiversity science. Their long tradition of excellence in tropical ecology, evolutionary biology, systematics, and conservation attracts students from around world.

As part of my Fulbright experience at UMSL, I’ve developed strong connections with professors and scientists in St. Louis, which is a major center for global conservation efforts led by world-renowned institutions such as the St. Louis Zoo, the Missouri Botanical Garden, Washington University, and of course, UMSL. In fact, as a UMSL student, I’ve joined their Whitney R. Harris World Ecology Center, which is a three decades-long collaborative partnership designed to advance global conservation. I’m also making connections across the United States. This month, I’ll attend the 2017 North American Bat Research Conference in Knoxville, Tennessee to learn about the latest advances in bat studies while networking with other fellow bat biologists.

On campus, the diverse environment at UMSL has helped me transition to living and studying in the United States. I had previously never visited and was a little bit at a loss when I first arrived. In no time, however, I started feeling part of a very supportive and nurturing community. I quickly got involved in several activities in my department. I was even chosen as the president of our Biology Graduate Student Association for the 2017-2018 academic year!

During my time at UMSL, I have continued to collaborate with my partners in Costa Rica, where I work with two conservation and education NGOs: the Organization for Tropical Studies (OTS) and Proyecto Carey. Balancing my academic responsibilities while also maintaining my ongoing partnerships in Costa Rica is crucial for achieving my eventual professional goals of working in research, education, and conservation back home.