Tucked in the far Northwest corner of Turkey lies Edirne, a city that was once the capital of the Ottoman Empire. Thrace, a geographic area in southeastern Europe, has been fought over for thousands of years, changing hands as frequently as the meandering paths of the Meriç and Tunca rivers. In the early morning, mist rises off of the rivers at the city’s base, clambers over the worn stones of Ottoman bridges, and coats the wooden facades of centuries’ old homes with beads of water. Late into the evening, the rustle of broom makers working by lantern light can be heard, their meticulous weaving and binding ceaseless as the sun sets over the flowing water.

If you take the opportunity to wander the walking thoroughfares and streets that sit in the shadow of the majestic Selimiye Mosque, you will catch whiffs of savory meat cooking in sunflower oil. Edirne is Turkey’s unofficial capital of tava ciğer, or traditionally prepared fried liver. Every morning, dynasties of liver chefs carefully prepare the meat to maximize flavor and texture for the dozens of people that will line the streets around lunchtime, waiting up to an hour for the piping hot meat.

2014 was the first year that Fulbright English Teaching Assistants were posted at Trakya University in Turkey, and I was lucky enough to be one of them. The remarkable beauty of the region, coupled with its location on the borders of Bulgaria and Greece make Edirne a remarkable place for studying the flow of culture. The rolling hills of sunflowers remind me of my home in rural Washington State, which could be part of the reason I am drawn to studying local food production and traditions. I would gaze out over the fields every day when I would walk down my hill to class.

Each morning I woke excited for the challenge of working with first year mechanical engineering students on their English. Some of my favorite memories of my Fulbright year were weekend conversation clubs over tea and board games. I felt common ground with the students who came because not unlike me they were learning a new language to travel to new places and experience new cultures. My interactions with people in the market every week inspired new lesson plans and ways to engage my students. While one of the most difficult things I have ever done, teaching English as a Foreign Language has been incredibly fulfilling. The daily adventure of planning, identifying weaknesses, and adapting lesson plans to my students is always a thrill. Finding ways to best tackle my students’ needs is challenging, but if and when something finally clicks, even if for just one person, the value is beyond measure.

I graduated from Pacific Lutheran University in Tacoma Washington with a Bachelor’s in Anthropology and a Minor in Religion, focusing on Eastern Christianity and Islam. I then went on to the University of Idaho to receive my Master’s in Anthropology, studying the placement of restaurants, saloons, and other social institutions via GIS and historical documents in a mining town between 1890 and 1916.

I strive to understand and study the relationship between culture and food, something that has been amazing in Turkey. The diversity of soups, köftes, and kebabs alone provide a lifetime of comparative study. The cuisine of Turkey is incredibly varied and delicious, fully utilizing yogurt in ways you could not possibly imagine without first trying it. My focuses revolve around traditional Turkish cookware and the preparation of cheap cuts of meat, such as tripe, sheep’s head, and liver. Almost every opportunity I have to sample a new buttery soup or mysterious sausage has created a unique dialogue and experience. I spent breakfast one morning shadowing copper cookware tinners as they restored beautiful hand hammered pots and pans to their original glory. My experience with Fulbright has opened doors I never knew existed, both in Turkey and my mind. I see the world around me as a different person, every conversation a connection, and every dish of food a story. 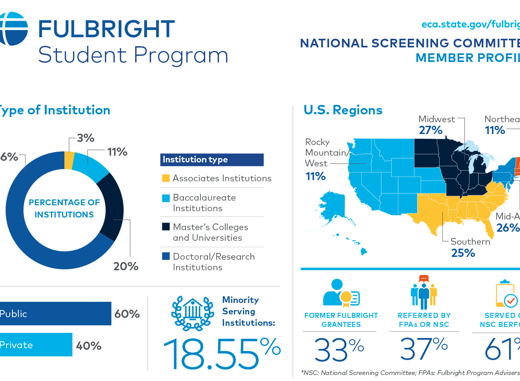