The Role of the Spanish Constitutional Court in Shaping Immigrants’ Rights in Spain, By Cris Ramón, 2008-2009, Spain In September 2008, I arrived in Madrid to study the legal rights of immigrants in Spain.  Much like Ireland and Italy, immigrants’ rights have become a major political and legal issue in Spain given the recent growth of its immigrant population.  For my Fulbright project, I analyzed the legal impact of seven sentences that the Spanish Constitutional Court issued against the Ley Orgánica 8/2000, a reform of Spain’s main immigration law.  The reform, which was introduced by center-right Partido Popular in 2000, stated that immigrants could not exercise certain constitutional rights such as the right to public assembly.  In 2007, the Court declared these provisions unconstitutional because they deny individuals Constitutional rights guaranteed to all.

My research focused on determining whether these sentences prompted legislators to further expand immigrants’ rights in additional law reforms.  I interviewed immigration attorneys, law professors, politicians from Spain’s main political parties, and non-governmental organization and labor union representatives.  I intended to understand how judicial and political concerns had shaped the original law.  I discovered that while legislators fulfilled the Court’s mandate to remove the unconstitutional provisions, political concerns regarding the Spanish economic crisis led them to restrict other fundamental rights to control the influx of immigrants.  In other words, political factors continued to limit immigrants’ legal rights despite the Court’s efforts to expand them.

In addition to my research, I worked with six fellow Fulbrighters, also studying immigration in Spain, to organize a conference titled, From Emigration to Immigration: Seven American Perspectives on Immigration in Spain.  It was a success on several levels.   We had a standing room only crowd, and an engaging discussion took place about how the United States and Spain can help each other improve their ability to assimilate immigrants.  Planning and executing this conference was definitely one of the highlights of my Fulbright grant!

The most fulfilling aspect of my time in Spain, however, was that my appreciation of immigrant aspirations, like those that inspired my parents to move to the United States, deepened based on conversations that I had with Spaniards I met and with whom I worked.  Since most probably hadn’t previously interacted with the American son of Salvadoran immigrants, these interactions became an opportunity to explain how my family’s story reflected the common immigrant aspiration to move to the United States in search of a better life.  Some Spaniards shared their own family’s emigrant history during and after the Spanish Civil War.  These conversations helped me to understand how powerful shared or similar experiences can be in connecting people.  My Fulbright grant has not only helped me feel more connected to Spain’s history of emigration and immigration, but also to my family’s own story.

The Fulbright U.S. Student Program welcomes applications from all individuals who are U.S. citizens and have at least a bachelor’s degree or equivalent, including young professionals who aren’t in grad school or currently enrolled in an academic program.  If you want to carry out research in a specific country, review the Fulbright Country Summaries to see if the country to which you’re applying prefers applicants who haven’t completed a graduate degree.  Also, make sure to get in touch with your alma mater to find out if they would be willing to assist with your At-Large application. Many college and universities will also accept alumni applicants for the on-campus competition.

Fulbright applicants without a research affiliation in their chosen country can be creative about finding one.   My undergrad professors and I did not have any academic contacts with law professors in Madrid, so I went through the faculty sites of every major university in Madrid and emailed a copy of my preliminary proposal to professors specializing in immigration law.  I received a response from my future advisor, Diego, within 24 hours.  While this specific approach won’t work everywhere, it is one of many possibilities for making contacts abroad.

Questions for Cris about his Fulbright experiences?  Feel free to email him at CRamon.AlumniAmbassador@fulbrightmail.org. 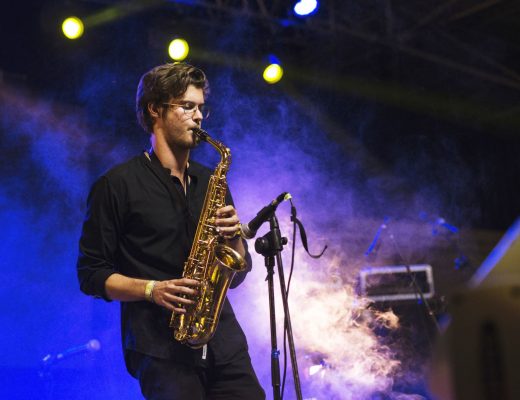