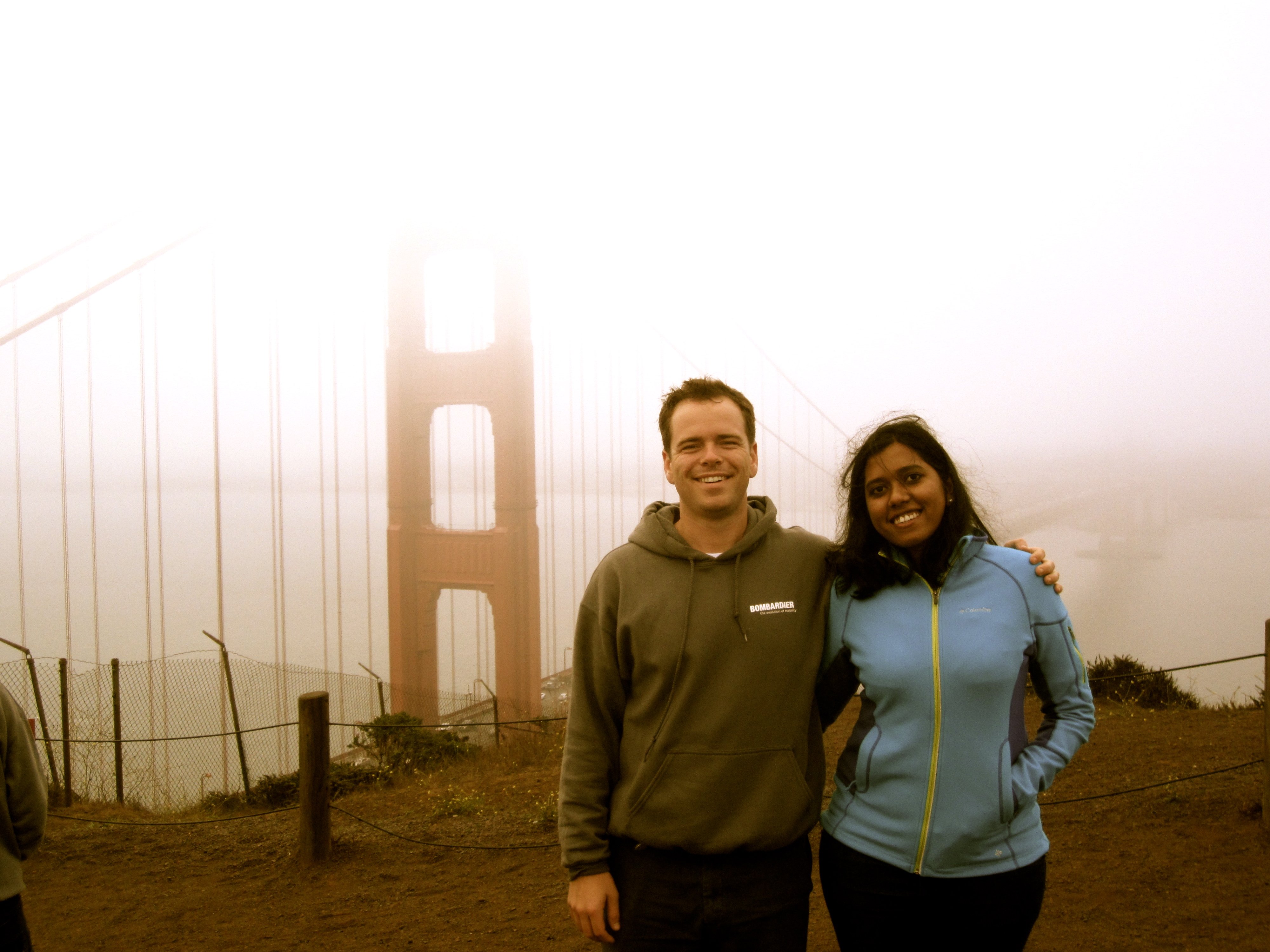 In the spirit of Martin Luther King, Jr. Day, we are re-posting an article from Fulbright Foreign Student from India Lakshmi Gopalakrishnan, who through the Millennial Trains Project, explored the challenges faced by South Asian immigrants in several U.S. cities. We hope that the Fulbright community is inspired by Lakshmi Gopalakrishnan’s – and Martin Luther King, Jr.’s – work in fostering positive change in their host and home communities. I came to the United States from India over a year ago on a Fulbright Foreign Student Program grant to pursue a master’s in public health at the University of North Carolina at Chapel Hill (UNC), the country’s oldest public university. I was given this unique opportunity not just to study public health, but to also experience all the diversity American culture and its people have to offer.

So far, my academic experience at UNC has opened my eyes to limitless possibilities. From classroom discussions, seminars, and volunteer work, to my summer practicum at IntraHealth International, each experience has further solidified my understanding and commitment to public health. Within the field, I am specializing in maternal and child health. My research interests are in program monitoring and evaluation, strengthening existing health systems, improving water quality and sanitation, and health programs for adolescent girls. Upon my return home, I plan to work for a non-governmental organization where I can design and implement programs while enhancing government health systems.

Aside from my studies, I have participated in many multicultural potlucks with other students, celebrated Halloween and Thanksgiving with American and international friends, and engaged in community health issues through a local health clinic. I feel blessed to have experienced a slice of Southern hospitality in North Carolina. My Fulbright grant has also allowed me to dispel myths surrounding Indian-Americans and South Asian immigrants in the United States.

This past summer offered me a once-in-a-lifetime opportunity. I joined a group of 23 young entrepreneurs, artists and “change makers” to be a part of the Millennial Trains Project (MTP), a crowd-funded, transcontinental train journey from San Francisco to Washington, DC, stopping in seven cities within 10 days. Founded by Patrick Dowd, a Fulbright U.S. Student Program alumnus to India (who was inspired by a similar train journey in India called the Jagriti Yatra), MTP offered participants a chance to engage with local communities and discover the United States from an insider’s perspective while learning about emerging professional opportunities. During the 10-day journey, each of the participants received personal leadership sessions from mentors such as Keith Bellows, from National Geographic; Eric Kessler, of Arabella Advisors; and employees from the management consulting firm McKinsey and Company, who joined the group as on-train mentors during various legs of the trip.

My objective was to explore the challenges faced by under served South Asian immigrants. In each city, starting in the Bay area, to Salt Lake City, Omaha, Chicago, and Pittsburgh, I interviewed over 20 immigrants or refugees from India, Sri Lanka, Nepal, and Tibet working as chefs, cooks, taxi drivers, and grocery store workers. This journalistic exercise allowed me to survey their current quality of life, backgrounds, and motivations for immigrating to the U.S., as well as their socio-economic and cultural needs. One of my articles about this journey was recently published in The Huffington Post. In the near future, I plan to share more stories to help dispel stereotypes surrounding South Asian immigrants, and to help raise awareness about the issues they face.

The journey itself was truly exceptional. I joined MTP in San Francisco, absorbing the city’s sights and sounds by the Bay Area. The city has so much energy and charisma; breathing in talent, breathing out innovation. I left feeling excited for what was to come and boarded the train for Nevada and Utah the next day. Through the window, I saw the West’s famous landscapes, witnessed the splendid sun rising slowly over the Bonneville Salt Flats, and crossed the Rockies as we pulled into the Mile-High City, Denver. The nature was breathtaking, but what was even more compelling were the people I met, who carried the pioneering spirit of the individuals who originally settled this frontier. While there, I learned that the city has been working to transform itself into a vibrant business hub for young professionals and new enterprises. It was remarkable to hear about the different initiatives being taken up by similar mid-sized American cities to fuel the country’s economic growth.

Further along in my journey, we travelled eastward away from the mountains to the great plains of the Midwest, stopping in Omaha, and then cutting through the cornfields of Nebraska and Iowa to Chicago’s suburban sprawl. Nothing ceased to fascinate me. Every place had a unique dynamism and energy, even when the façades appeared old and rusted. In Omaha, a dozen abandoned 80-foot-tall grain silos have been given an artistic makeover and are now information dissemination sites for Omaha’s cultural and social events.

We then moved through the Rust Belt into Pittsburgh, the City of Steel. There, I realized how American resolve and innovation is oiling the gears of progress once again. Steel foundries are becoming 3D print workshops like TechShop, a manufacturing-cum-creative technological studio offering a collaborative space to learn how use technology to turn ideas into prototypes.

My final stop was in Washington, DC. Gazing upon the Washington Monument from the steps of the Lincoln Memorial, where Martin Luther King, Jr. gave his iconic “I Have a Dream” speech more than 50 years ago, the true meaning of a “more perfect union” dawned on me; a union that ensures everyone has a fair shot at living with dignity, regardless of color, creed, race, or gender; a union that affords everyone an equal opportunity to make a better life for themselves, a union whose values have been reinforced by leaders like Mahatma Gandhi and Abraham Lincoln; a union that has enabled people to pursue what we know as the American Dream.

The opportunity to participate in a journey like MTP allowed me to experience the United States like few other foreign students have. It was amazing to see how MTP was born out of Patrick’s Fulbright experience in India, and from the inspiration he took from Jagriti Yatra’s concept that journeys build leaders — an idea that resonates deeply with the Fulbright Program’s mission. 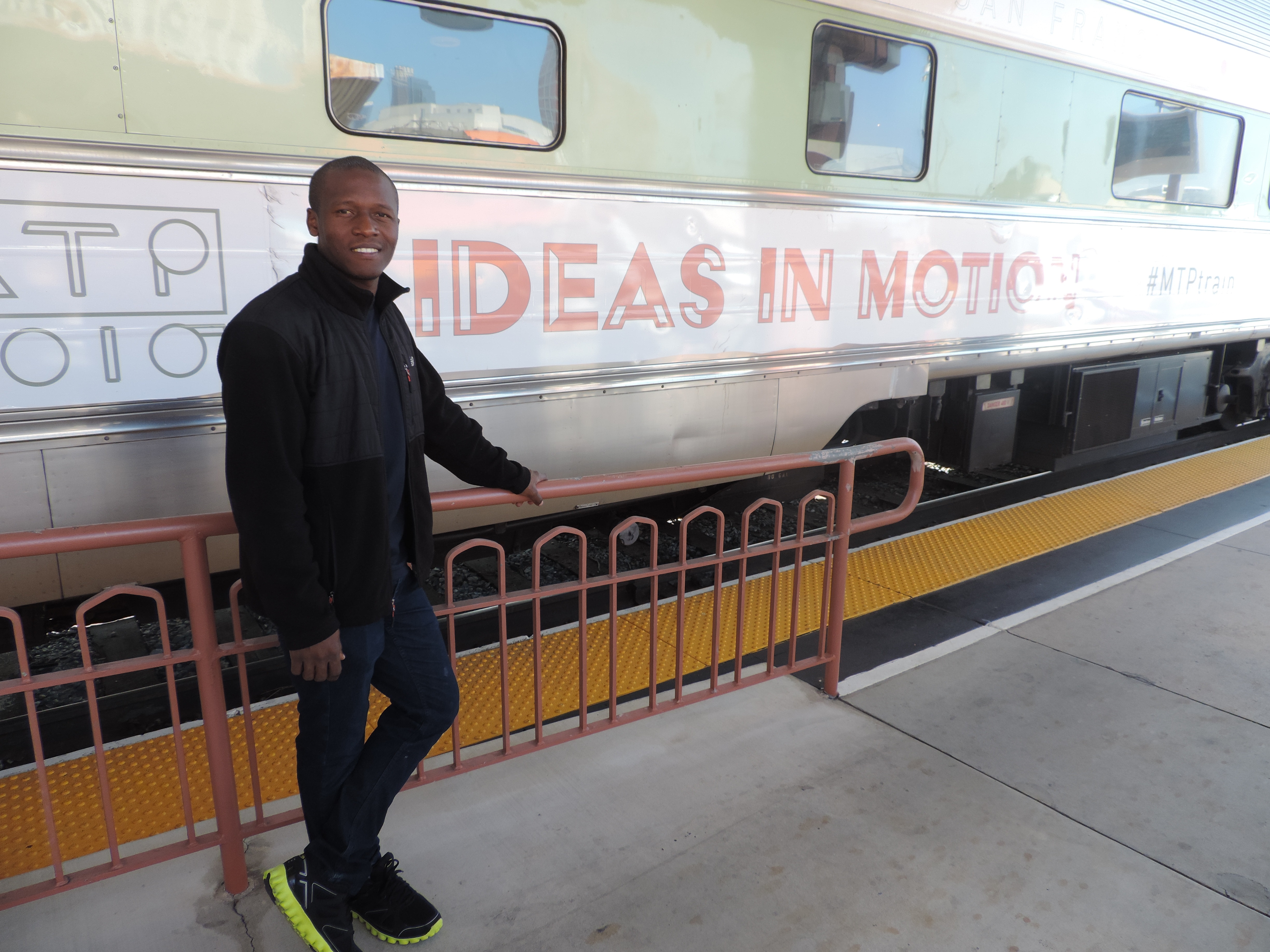