“Learning About the World in a Journey Across America”

Fulbright-MTP participant Silvia Tijo, a Fulbright student from Colombia, reflects on the overall feel of the MTP cross-country U.S. journey. In addition to seeing the process of transforming waste into energy with the help of sunlight and algae for the first time in-person; a process she researches currently at Georgia Tech via a National Science Foundation (NSF) grant – Tijo says she learned more about the world and the necessary keys to becoming a global generational leader.

In the words of Silvia Tijo, a Fulbright student from Colombia: The group of 20 Americans and five Fulbright Foreign Student MTP participants after a mentor session at Citizen University in Seattle. Submitted photo.

While the Millennial Trains Project approached its last station in New York, all of us felt nostalgic since the trip was coming to an end. The group that started as strangers in Portland had become a family somewhere along the trip. During the final hours, Jenny Gottstein, who is from California, organized the production of a Lip sync video that involved all the passengers throughout the train even though many of us did not know the song lyrics; furthermore, there was no way to hear it because there was not any internet signal available as the train was in movement. What a great way to end the trip! Everybody worked on a shared goal.

At this point, I realized what the 20 participants from all regions of USA and five Fulbright Scholars from Yemen, Russia, Pakistan, Indonesia and Colombia had in common. Besides being part of the same generation, we all want to use our leadership to create social impact. The travel experience on train was key for us to create such a connection.

The journey itself was a tour of geography of the United States, and the greatness of its landscape. Yet, the best part of the trip was to learn from the diversity of its people through the speakers, mentors, participants, and all the people that we met in each place. The train also surpassed borders, and we learned about people, customs, and points of view of other countries around the world. I became familiar with countries where I’ve never been, and I also learned more about my own country: Colombia.

We had between 2 or 3 hours to work on our individual projects in every city where we stopped. The return to the train after each visit was exciting because the experiences of others were shared with all of us. I was fortunate to see each city through the eyes of 24 other people, and I could see every place from never imagined perspectives. When the journey reached its final destination, many projects on the train began to intertwine just like the travelers on the train began to intertwine as a community. We learned to appreciate that we are different, but where differences are valued and commonalities are found, stronger ties are built.

Although the train ride ended in New York, the Millennial Trains Project continued without the train towards the final destination which was Washington D.C. These two cities were full of feelings. I was thrilled that Fulbright participants were part of a Panel at the United States Mission to the United Nations in New York and  also shared stories of our journey at The U.S. Department of State Bureau of Educational and Cultural Affairs office;  because we felt that observers there wanted to know part of our story. As foreigners, we were able to appreciate that our opinions are also taken into account.

In the end, I left with admiration for Patrick Dowd as the founder of this project, gratitude to the Fulbright Program, The U.S. Department of State’s Bureau of Educational and Cultural Affairs, and the Institute of International Education (IIE) for their invitation and sponsorship. And my special affection for all participants, mentors, and speakers who joined us on this exploration journey of the new frontiers of America. Fulbright-MTP Participants discuss their journey with Sarah King, Chief of Staff, Bureau of Educational and Cultural Affairs; and Allan Goodman, President of the Institute of International Education (IIE) during a panel event at the U.S. Mission to the United Nations on Monday, August 18. Photo courtesy of IIE.

To see a chronological accumulation of the images of the 2014 Millennial Trains Project, visit the @FulbrightPrgrm’s Storify. 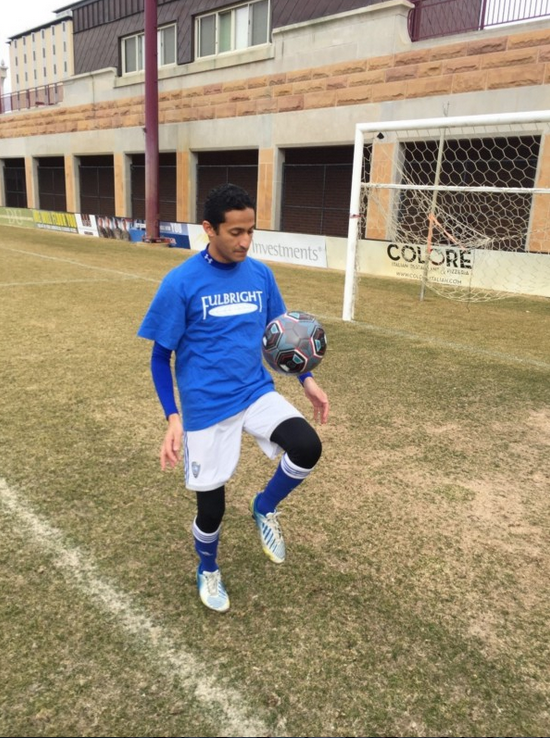