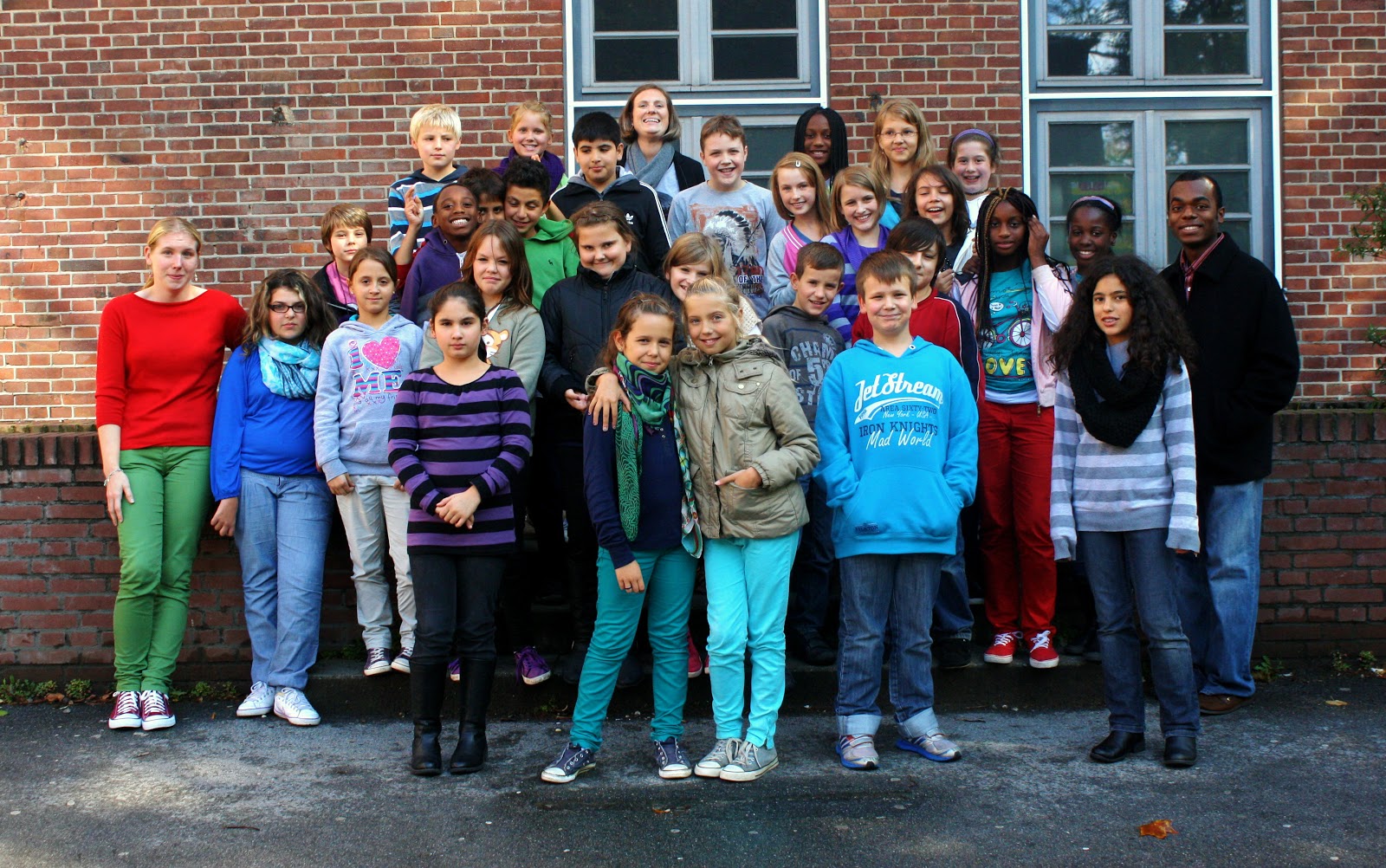 Brandon Tensley (far right), 2012-2013, Fulbright English Teaching Assistant to Germany, with one of his fifth grade classes at Realschule Stadtmitte in Mülheim an der Ruhr

Most of the time, I’d hear them before I’d see them.

“Are you the teacher from America?”

I’d spin around, and there’d be a knot of students, their shyness trumped by their curiosity, hungry to confirm the rumor floating around about an Ausländer—foreigner—on campus.

But they’d rarely be interested in talking. A moment later, I’d have about a dozen tiny fists, clutching bits of paper, waving in my face.

“Your autograph!” they’d demand. I’d comply, and they’d make off with their new bounty.

When I first boarded a plane to Germany, where I spent 10 months as a Fulbright English Teaching Assistant at Realschule Stadtmitte in Mülheim an der Ruhr, I wanted to learn more about this country that stands among Europe’s largest receivers of migrants, who spill across its borders from almost every corner of the globe. But what I really wanted to learn, I now realize, was a bit more selfish. I wanted to learn what it is about Germany that attracts a migrant like me, a black man from the American South.

Of course, there’s hardly a neat, uniform answer. But I can talk about my own motivations.

James Baldwin, one of America’s most important writers on race, once said that “the American in Europe is everywhere confronted with the question of his identity.”

Yet given that only some five percent of Americans who study abroad are black, I’d add that traveling abroad can yield wildly different confrontations for black Americans, one being that there really aren’t too many of us out there. Indeed, this was the reason for my rock star status at my school (fortunately, there’s a growing movement of black Americans traveling abroad).

This isn’t to suggest that the experience was negative. Far from it. Winning a Fulbright grant gave me a peerless opportunity to create space where, for many reasons, there hasn’t traditionally been space for someone who looks like me. As a cultural ambassador, I learned that it’s the prerogative of every black American to decide the role that he or she wants to play in telling America’s story. And my students, who were from nearby Italy as well as from faraway Ghana, but who were all still German, felt the same. Germany is a country in the midst of becoming more culturally and racially diverse, and one of the many high notes of my time there was trying to dissect how this sort of diversity plays out in different ways in different countries.

For prospective Fulbrighters, my takeaway would be this: though the details of why you apply will vary, stitched into all of your applications should be an articulation of how your experiences have primed you to learn more about a foreign culture. Trust me, your Fulbright application and your understanding of your own culture, and your place within it, will be all the better for it.

Happy Holidays from the Fulbright Program!