From Two to Infinity: What the Second Detection of Gravitational Waves Tells Us About the Future Last month, scientists in the LIGO and Virgo scientific collaborations announced the second direct detection of gravitational waves, from the orbit and merger of a pair of black holes. The event, named GW151226, arrived in the early morning on the day after Christmas, and has been nicknamed the “Boxing Day event” by the collaborations. With a second event in hand, gravitational wave science has moved beyond the era of sensational first detection, and is evolving into a reliable tool for astronomy and physics.

I recently finished my Fulbright year working at the Virgo gravitational wave observatory outside of Pisa, Italy. The last time Virgo listened for gravitational wave was in 2011, and since then, the instrument has been off-line for a complete upgrade.

At Virgo, I’m part of the team of scientists who are putting the final touches on the upgrade. To borrow a phrase from James Merrill, our job is to make wholeness out of hodgepodge: we’re creating a functional detector from the precision equipment that has been designed and built over the last five years. We plan to have the detector on-line this winter, in time to join the two LIGO observatories in the United States as they listen for gravitational waves.

Right now, our ability to hear the gravitational waves that are generated by cosmic events is limited by the sensitivity of our instruments. LIGO and Virgo were designed to make the first detections, and they are only touching the edge of what the universe can tell us through gravity. If we want to explore all of the places gravitational waves can go, we need to improve our detectors by another order of magnitude. Then, instead of being limited by sensitivity, we’ll be limited by nature: the variety and strangeness of the signals we detect will only be bounded by our patience for listening.

This next step, to build detectors that are ten times more sensitive than the ones we have, will require tremendous international cooperation. Many large science experiments are international collaborations, and these projects often follow a typical path: research groups in various countries volunteer to build different pieces of the instrument, which are assembled at a single facility. Gravitational wave detectors are fundamentally different. To make confident detection, we need several observatories, spaced far apart around the globe, so that we can distinguish between noise sources that are nearby the instruments and signals that are coming from deep space. Building a global network of gravitational wave detectors is no easy task. The operations of the facilities have to be coordinated – installation schedules and regular maintenance have to be planned ahead of time – and the sensitivity of the detectors has to be well-matched, so they can provide complementary information. This final step is crucial, and rests upon decisions about technologies used in the detectors that are made years in advance. For next-generation instruments, much of this technology is still being developed, and research on different continents needs to be coordinated and shared so the best design can be agreed upon.

The need for cooperation has been recognized by everyone, including the government agencies who write the checks. Recently, a handful of funding agencies have created the Gravitational Wave Agencies Correspondents (GWAC), an affiliation between the United States, Canada, France, Germany, Italy, Mexico, and the UK to coordinate research in gravitational waves. Cooperation at this level is very encouraging; it demonstrates that agencies like the NSF in the U.S. and INFN in Italy are committed to growing a new field of experimental physics.

The parallel goals of the next decade – to grow the scientific knowledge required to build the next generation of detectors, and then organize their construction and operation – are a daunting challenge. They will require hard work, compromise, careful organization, personal relationships across continents, and patience. Of course, this sort of international cooperation is exactly why the Fulbright Program was created, and it is part of the reason I came to Italy for my grant.

With just two events, gravitational waves have already given us the most precise tests of Einstein’s theory of general relativity, and they have provided a window into a universe that before now was utterly dark and silent. Over the next few years, the catalog of known black holes will grow from a few dozen to hundreds and thousands. In the next ten years, LIGO and Virgo will design and build detectors so sensitive they can hear every collision of black holes in the observable universe. Achieving the goals of the next decade in gravitational wave science will require more international cooperation than has ever happened in physics and astronomy. Experiences like Fulbright are building the foundation to make this cooperation possible. 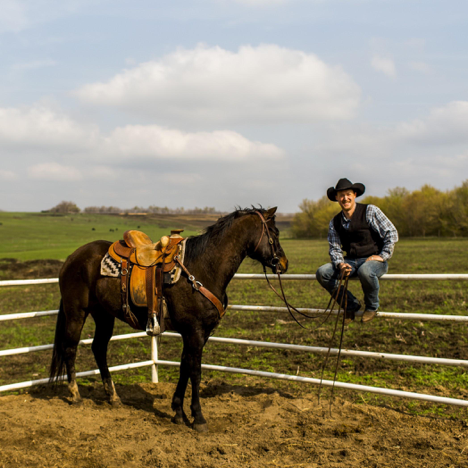