When I first learned that I would spend an academic year in St. Paul, Minnesota as a Fulbright Foreign Language Teaching Assistant (FLTA), I did not know what to expect. The first thing everybody would tell me after I shared that I was going to Minnesota was, ‘It’s going to be so cold!’ and ‘Be ready for a lot of snow.’ I had no idea what the Twin Cities (St. Paul and Minneapolis) had in store for me. I am a Spanish-language Fulbright FLTA, and I assist students in their linguistic and cultural learning process, as well as professors, usually substituting for them or providing sessions on Spanish culture. I have also been engaged with the campus Spanish Club, helped to organize tango lessons and Spanish conversation groups.

My first few days in the ‘Land of the 10,000 Lakes’ were filled with new people and roommates, different cultures, and sunny, warm weather. As time went by, my new group of friends from France, Italy, Ireland, Spain, Czech Republic, Germany, and the United States grew closer. This unity was enhanced by each of us sharing our unique cultural customs. We organized a dinner and cooked empanadas, a very typical dish in Argentina (whose closest equivalent is an English Cornish pastry or a slightly larger Indian samosa). The filling in the empanadas varied from mince with vegetables to just cheese and sautéed onions. In Argentina, it is customary to make and drink mate while cooking, and that is exactly what we did. Mate is a traditional drink which tastes very similar to tea, but which is drunk in a different manner. Mate is served in a wooden cup which is filled with yerba (similar to black tea typically found in tea bags). Then, hot water (which must not be boiling hot) is poured into the mate so that the yerba gets wet, and through a metal straw, called a bombilla, one drinks the hot water flavored with the yerba. What I loved in particular about that night, and about this experience, is that it was an opportunity for my international friends and I to open up to one another while sharing our cultures. The Italian Fulbright FLTA was not only helping me make the empanadas, but she was also part of a very Argentinian custom: drinking mate while cooking.

In addition to sharing my culture with mostly international students, I also had the opportunity of sharing my background with American students when I worked in a booth to promote Argentina during an international fair held at the University of Saint Thomas.

Even though I still have two more months before returning to Argentina, I can say without a doubt that having been in the United States and sharing my culture with others has proven to be a very enriching and satisfactory experience indeed. 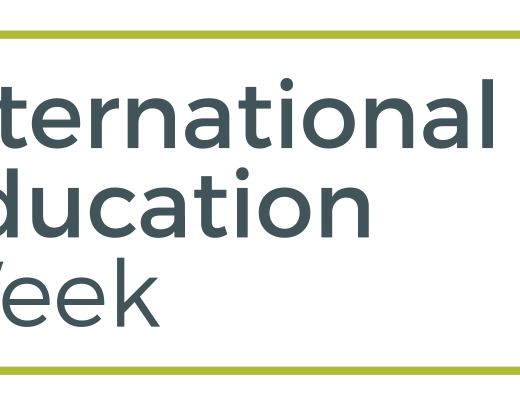