Sadly, this story became tragic. In June 1961, about three weeks after my high school graduation, Christiane, aged twenty-six, and her unborn child were killed in a car accident. My devastation was overwhelming and lifelong—I often think of her, especially every June. It has now been 52 years, and if she had lived, she would be seventy eight-years-old.

Despite this, I went to France in September as planned. Six weeks after my arrival, I spent the All Saint’s Day holiday weekend with Christiane’s  family in Treignac, a small town near Toulouse. Staying in her room, my eyes gazed at her belongings—shoes, books, and knickknacks, never to be used again. I went to the village cemetery where she is buried to see her gravestone.

Through these experiences, Christiane’s influence directed me to study French, eventually resulting in a Ph.D. in French Language and Literature from the University of Michigan at Ann Arbor, after which I became a foreign language teacher. I taught French to undergraduates at Michigan and to Peace Corps volunteers going to French West Africa. Still, after 20 years of studying French, I was disappointed that my French wasn’t perfect, and started teaching English Language Learning (ELL) for foreign students and immigrants at major U.S. universities. I also taught ELL in Santo Domingo, Dominican Republic, for a year, where I picked up some Spanish. As I modeled myself after Christiane, I had a very interesting, useful, and pleasurable working life.

In 2001, I unexpectedly became disabled from a rare neuromuscular disorder called Guillain-Barre syndrome (French paralysis for a French major!), and have been living in a nursing home in Massachusetts. Yet here again, Christiane’s direction has paid off. A large proportion of the staff is of international origin. Not only can I speak French to those from Haiti, and Spanish to people from corresponding countries, I can assist the staff in improving their English. Of course, my interest in international cultures means I can have very substantive conversations.

Lest any reader of this article have concern for me, I am leading a wonderful life—leaving my facility to be an active advocate and policy advisor on elder, long-term care, and disability issues in Massachusetts. My interest in the difference of other cultures, first shaped by Christiane, also helped me develop an interest in human diversity of all kinds.

In conclusion, I would like to thank all those who are part of the Fulbright Program, from staff to participants. Three of my living friends are Fulbright alumni, as a graduate student, a doctoral researcher, and an exchange scholar. This important program has benefited not only me, but the whole world. 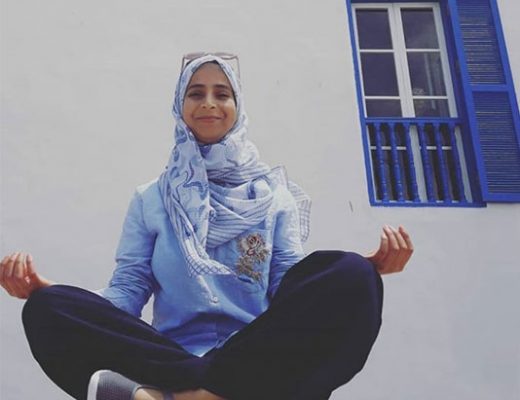