Back in Japan for the First Time: My Fulbright Experience, By William Bridges IV, 2009-2010, Japan “I can’t believe you know so much Japanese but you don’t even know this,” my friend Toshi, a native Tokyoite, laughed.  His tone fell somewhere between incredulity and friendly lampooning.  The “this” that I had yet to learn was some wild gesticulation that looked something like the way I imagine a rooster would perform a Shakespearian soliloquy.  Toshi was doing an ippatsugaggu, or “one-shot gag,” a single action performed typically by Japanese comedians.  And ippatsugaggu, to borrow the Japanese articulation, hayaru, or spread like contagion: you would be hard pressed to live in Japan—to watch a little Japanese TV, to look at ads on the subway or to have a conversation with a group of friends as Toshi and I were doing now—without encountering the latest ippatsugagu.  Incredulity was, for Toshi, the only logical response.  I was ten years into Japanese studies and hadn’t seen something that one could spot after living in Japan for ten minutes.

How is it that my studies had deprived me like this?  Toshi was right. I had never seen poultry performing Shakespeare.  Explaining this gap in my knowledge takes me back to the beginning of my decade-long exchange with Japan.  I’d had three extended study abroad trips to Japan and had lived in the country for a total of more than two years.  Each trip was under the auspices of stellar study abroad programs.  My Japanese had, thanks to the remarkable administration of these programs, improved exponentially.  At the final review of each of these programs, however, when the director would meet with all of the graduating participants and brainstorm ways to improve the program for incoming participants, someone would inevitably pose the following critique: we didn’t have enough contact with “real” Japanese people.  Our Japanese had improved, but we hadn’t become a part of Japan.

I’m sure my lack of familiarity with contemporary Japanese popular culture must have caught Toshi off guard during our time together.  I met Toshi during my fourth trip to Japan – when I was a Fulbrighter.  He was a teacher at a local nursery school and invited me to volunteer there.  Toshi’s father, the director of the school, was initially worried about having a non-native speaker as a volunteer.  After hearing that I was a Fulbrighter, his father, convinced that I “would be the ambassador to Japan in no time,” was more than welcoming.  The director’s support of the Fulbright Program was certainly a two-way street: my time as a Fulbrighter was the first time I’d been affiliated with a program that actively supported, encouraged and lauded community-building and international educational exchange.

Toshi and I were talking with a group of teachers and volunteers after the nursery’s track-and-field day when he deployed his ippatsugaggu.  Putting the event together took (almost) as much energy as the kids put into the competition, and Toshi repaid the volunteers with his unique brand of good humor.  I appreciated the thought—and the lesson in pop culture—but becoming a member of the school community as a Fulbrighter was all the reward I needed.

Questions for William about his Fulbright experiences?  Feel free to email him at WBridges.AlumniAmbassador@fulbrightmail.org. 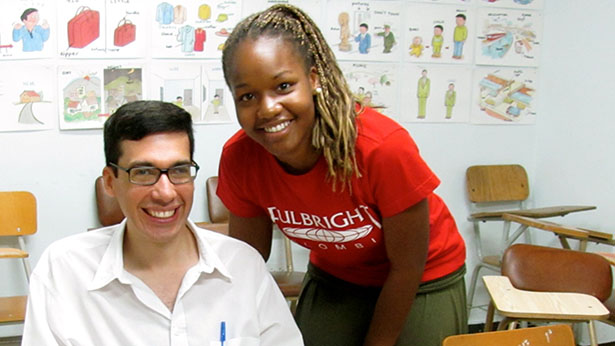 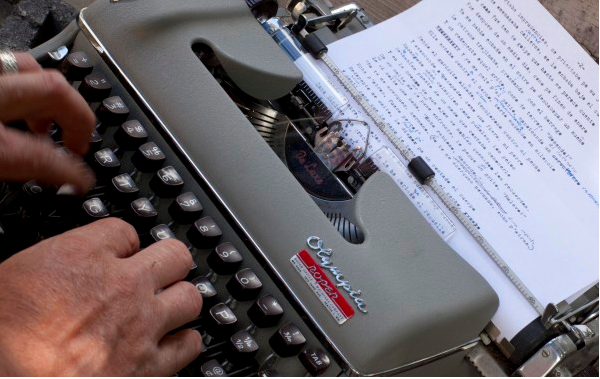