Felismina Car’Reis, 2012-2014, Timor-Leste (left), answering the question “Where is Timor-Leste in this map?” with a student after her presentation on Timor-Leste’s 1999 conflict at Bushwick High school in Brooklyn (Photo Credit: Laura Tajima, One to World’s Global Classroom Coordinator)

Back in 2012, Fulbright introduced me to people from 33 countries on the first day I arrived at Drexel University to attend my pre-academic program. From day one of my grant, I also realized that not everyone knew where my country was on a map. Every time I introduced myself: “I’m Felismina, from Timor-Leste, also known as East Timor.” I got the same type of reaction: “Is that in South America?” “Is that a country?” “What? Istanbul?” “How do you spell it?” And so on.

They say first impressions count, so I decided to act as a cultural ambassador to share knowledge with everyone I met during my grant about my little island.

My Fulbright host institution was Montclair State University in New Jersey, where I pursued a master’s degree in applied linguistics. Coming from a multilingual community, I conducted research on the influence of home language (L1) on school language (L2) in elementary school children.

Apart from talking to my classmates and at my Latin Dance Club, I jumped at the opportunity to talk to a class of sophomores about languages in Timor-Leste. Moreover, as one of One to World’s Global Classroom Guides, I had various opportunities to talk with students at Bushwick High School and Brooklyn Music School in New York City about Timor-Leste: its history, conflicts, cultures, people, and belief systems, while emphasizing its location on a map. I also talked to a community in Lancaster, PA, about Timor-Leste’s history, and was selected to speak to a newly arrived group of Fulbright Foreign Students attending a Gateway Orientation at Centenary College in Hackettstown, NJ, about living as a graduate student in the United States.

I soon realized, however, that becoming acquainted only with civilians in the United States during my Fulbright grant would not suffice. Representing Timor-Leste and sharing its culture with members of the U.S. Army was one of the main highlights of my Fulbright year, and I received an award for attending the United States Military Academy Student Conference on U.S. Affairs at West Point.

Thus, I can truly say that I am a cultural ambassador.

Furthermore, the following families are close to my heart: The Carreiro-Youngs, the Carreiros, the Carreiro-Konzes and the Youngs in Massachusetts helped me get settled. I spent my first Thanksgiving and beautiful Christmas with them. Their adorable children brought joy to my heart. Being around them was like a home away from home.

I experienced the beauty of fall in Lake Mountain, NJ with the Cataliotti family. It was heavenly when all the leaves turned color. We also carved pumpkins for Halloween, though there was no celebration due to Hurricane Sandy.

Mrs. Peterson in Lawrenceville, NJ visited me frequently. We got to recite ‘Our Father’ and sing some songs together in Tetun.

I spent my second Thanksgiving, visited Hershey’s Chocolate Factory, and learned about the Amish community with the Stoddard family in Lancaster, PA.

Even though I liked watching snow from my windows, winters were too long, and I luckily received a warm welcome from the Thorpe family in Florida. The house structures in Florida reminded me so much of home.

All of these families came to my graduation ceremonies.

My life has been enriched by my Fulbright experience. From the day I arrived until the day I left, it was filled with once-in-a-lifetime experiences that I will always treasure. I will always be a cultural ambassador for America to the people of Timor-Leste. 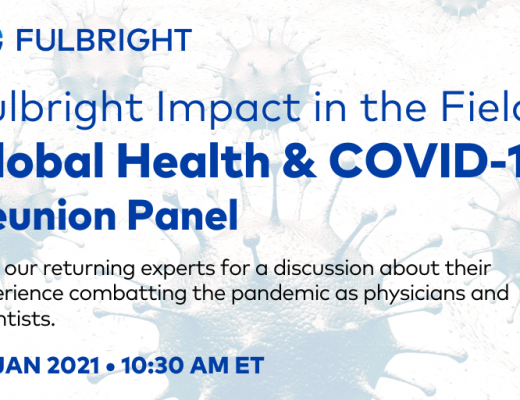