My Fulbright-mtvU grant to Malawi focused on HIV/AIDS.  If you’re at all like me, you probably grew up confused about HIV/AIDS based on the overwhelming amount of information produced by the media.  To execute my project, promoting mutual understanding between cultures was paramount to navigating any confusion about the global epidemic, and I can say that I genuinely accomplished that goal.

My project was done in collaboration with legendary Malawian musician and social activist Peter Mawanga.  We are both musicians and deeply passionate about global public health.  For six months before my Fulbright-mtvU grant catalyzed our musical collaboration, we had been concocting a concept album about AIDS.  Peter acted as my cultural translator and helped me to understand the vast cultural matrix within which HIV is transmitted, prevented and managed in Malawi.  What Peter and I strived to accomplish was to tell personal HIV narratives through song, letting the songs and the people themselves talk about AIDS.

To do this, I collected more than 25 Malawian HIV narratives.  I had several translators, all of whom ended up becoming dear friends.  These friendships were very important in carefully translating stigmas surrounding HIV and adultery into English.  Working with Peter also gave me some legitimacy within the Malawian community and made people eager to volunteer their stories.

“Who are you working with again?” they’d ask.

When people understood that this project was actually a genuine collaborative effort, and not a dilution of African realities, the response was very encouraging and people contributed some exceptionally candid narratives.

Another collaborator and translator by the name of Blessings often had the tricky task of making sense of social phenomena I had never come across before, like beliefs regarding infection and witchcraft.  I was introduced to most of the narrators through conversations with ordinary Malawians.  I often heard, “Oh, if you want a story, you have to talk to this guy!”  And then a few weeks later, that story would be recorded.

I am deeply grateful for the fact I was able to work with so many willing people, and I think that the process of collecting their narratives hinged upon an ongoing demonstration of cultural understanding. Malawians are tired of people swooping in, taking their stories, twisting them, and–worse–giving nothing back in return.  This Fulbright-mtvU project was intended to be something intrinsically Malawian yet accessible to a global audience.  To achieve that, I managed to enlist Peter, who then enlisted his band to perform the music Peter and I co-wrote.  We filtered each other’s cultural biases through our songwriting, ultimately finding ways to reconcile cross-cultural misperceptions, craft lyrics accessible to both Americans and Malawians, and render a fair portrait of each song’s original narrative.

To this day, my Fulbright-mtvU grant still very much informs my life.  The album we created was released in October 2011 (www.storiesofaids.com), and on World AIDS Day, December 1, I returned to Malawi for a U.S. Embassy-sponsored album launch.  The reception was awesome. Thank you, U.S. Department of State, U.S. Embassy Lilongwe and Fulbright-mtvU!

My advice for Fulbright-mtvU applicants:

During my project, I frequently had brainstorming sessions with people from as many different backgrounds as possible: public servants, doctors, medical school staff, musicians and humanities professors.  Every person you encounter will provide a different angle and perspective on your research.  A strong proposal will have a clear focus but will also allow for an interdisciplinary understanding of your project.  Discussing your project with different people will help you craft this kind of proposal. (Make sure to take notes!)  I benefited greatly from these varied perspectives.  And, of course, don’t forget to work closely with your campus Fulbright Program Adviser whenever possible.  They are there for a reason!

Andrew and Peter also recently performed some of their songs for an audience at the U.S. Department of State during their U.S. tour this past fall. View some of the pictures on the Fulbright Facebook page. 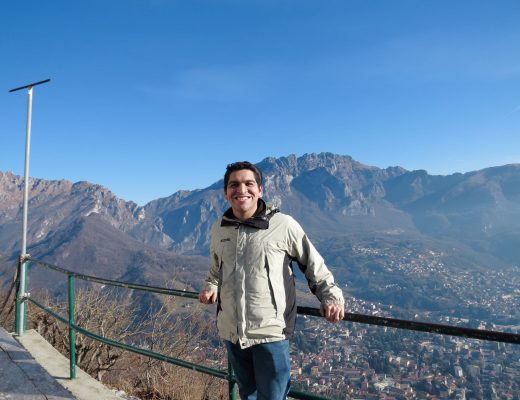