I first heard of the Fulbright English Teaching Assistant (ETA) Program while I was a teacher in New York City. I had one of those “This is what I’ve always wanted to do!” moments and was soon applying through my graduate school, St. John’s University. My first application was declined, but I was told by my Fulbright Program Adviser to reapply next year. I’m very glad I took his advice!

My experience in Laos through the Fulbright ETA Program was beyond anything I could have prepared myself for. Even with the intensive, pre-service Fulbright training, there were plenty of lifestyle adjustments to be made. The learning curve included driving a motorbike while eluding aggressive stray dogs (good thing I had had my Rabies boosters), understanding and ordering a completely new menu of foods, and attempting to communicate through a very tonal language.

Fortunately, I was not alone in my assignment and was accompanied by two other Fulbright ETAs, Jessica and Mysee. They would be the closest and most reliable forms of support I had during my program. Collaborating with my Lao co-teachers, staff, and faculty was professionally and personally stimulating and beneficial. We became friends and I was invited to their family dinners, events, weddings, and holiday parties. I learned the most about Lao culture this way! There is a fun game that we would play called Kato or Rattan Ball. It’s like volleyball and hacky sack combined!

Teaching a university level English class was a challenging and rewarding experience. Most of my students were interested in learning English to access the international job market as English is not only a global language but the official language of the Association of South East Asian Nations (ASEAN), into which Laos has just been accepted. After class, I usually spent time with my students, and through these informal meetings, a casual, mutual understanding of cultures was shared.

Beyond the classroom, I wanted to give my students a chance to express themselves creatively in English and in a format that I was competent and passionate enough to guide them through. Even though the actual video capturing took two days, the entire process took three months. I had purchased the video equipment with funds from my approved grant proposal. I provided necessary training, structure, and prepared materials for story brainstorming, script development, story boarding, character lists, casting, location scouting, shooting techniques, proper equipment handling, and practice readings. My students wrote, acted, and directed the entire movie. After shooting, I edited all 25 hours of footage to 24 minutes called “Found Love in Savannakhet.” To me, this short film is the ultimate capstone of my efforts in Laos.

As Daniel A. Clune, U.S. Ambassador to Laos told the entire group of Fulbright ETAs at orientation, “You’re all front-line diplomats.” To also add to this distinction, Fulbrighters are considered within the program as “cultural ambassadors.” There’s quite a lot of opportunity and responsibility imparted with those titles and it has all been rewarding. My advice to any prospective applicants is to go for it! 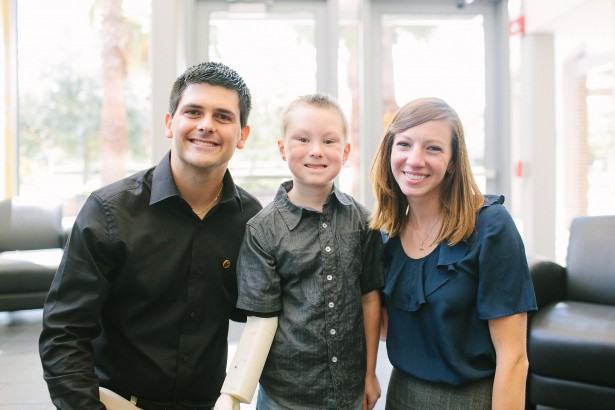 Building a Boy a Bionic Arm: The Spirit of Shared, Open Sourced Technology