Conversations on Tolerance and Equality: Living and Learning in Tajikistan 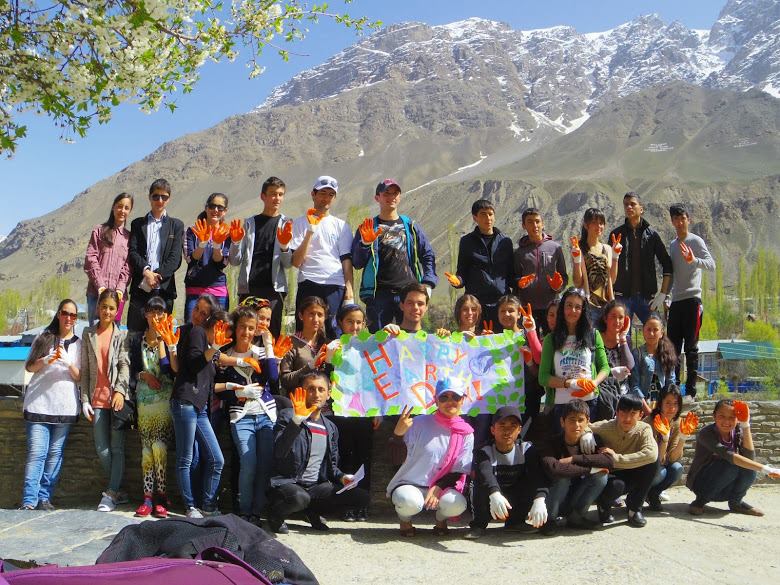 As a member of the LGBTQ+ community, I knew there would be stigma surrounding this group in Tajikistan. While on my 10-month grant, I wanted nothing more than to be a personal advocate for tolerance; however, while studying and teaching in Kyrgyzstan, I developed an appreciation for keeping this personal information private. At various times, I have been told that this sort of discretion is not being true to who I am – but I disagree. Immersing yourself in another culture necessitates a sincere respect for local norms and opinions; being a successful cultural ambassador means finding the common ground that will allow you to be a productive, valued, member of your host community. Being a Fulbright grantee means you represent more than your own opinion; it means you are larger than your own passions.

When discussing sensitive issues abroad, my focus was always on the singular issue of tolerance. I sought to have difficult conversations with my students – ones that challenged not only their views, but also my own. When the racially charged unrest in Ferguson, Missouri hit its peak in November, 2014, the Russian news media (which is by far better funded and more chic than local Tajik outlets) devoted significant resources to covering the tension. Every night, nightly news would show dramatic footage of rioting and more than a few of my students genuinely believed that America, as a country, was on the verge of collapse. As dramatized as the Russian version of events were, this depiction offered a valuable opportunity for a frank and honest discussion about social issues in America and, indeed, around the world.

END_OF_DOCUMENT_TOKEN_TO_BE_REPLACED

Rolling with the Punches: How My Project ‘Failure’ Turned into a Fulbright Success Story Bryan Furman, 2013-2014, Tajikistan, (in front of class, in white shirt), leading a discussion on the importance of psycho-social support services

I wrote my Fulbright application “knowing” exactly what I would accomplish.

My advisers and I spent months drafting my Statement of Grant Purpose for a Fulbright U.S. Student Award to Tajikistan. I developed a project to apply my advanced Russian and Persian language proficiencies and four years of Central Asia area studies in tracking trends in Tajik foreign policy. Additionally, I secured a placement at the prestigious Tajik Academy of Sciences and made contact with leading Tajik scholars.

These well-laid plans fell apart about two months after starting my grant. In my proposal, I outlined how I would interview government representatives and review official documents to gain unprecedented insight into Tajik foreign affairs. Wishful thinking. Whatever access I expected never came—a problem I attributed to my lack of on-the-ground experience. With my project going nowhere, I felt I had in some way “failed” Fulbright.