Snapshots from Life on Kiribati 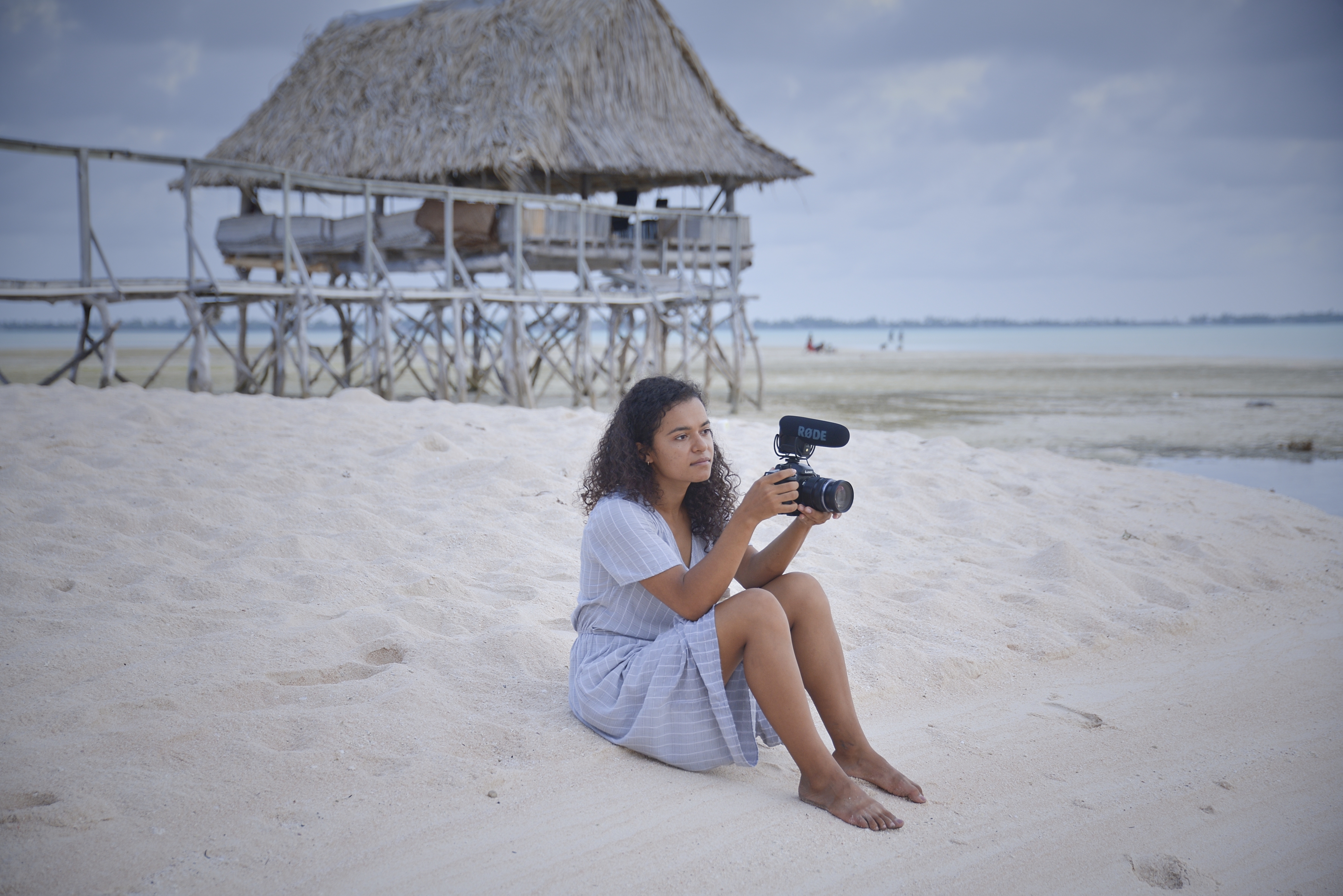 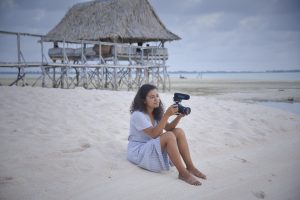 During my sophomore year at Pomona College I became aware of Kiribati, a small Pacific Island nation at risk of vanishing forever under rising sea levels. Scientists project that in as few as 30 years the entire country could be under water. Little did I know that Kiribati would play an important role in my life, and ultimately lead me to the Fulbright Program.

At the time, there was little information about how the 110,000 citizens of Kiribati were responding to this frightening prognosis. The media representations available were sensationalistic and objectifying, transforming Kiribati into a symbol of climate change, but failing to acknowledge the reality of the daily lives of the I-Kiribati. Despite never having never made a documentary before, I applied for and received a grant through the Pacific Basin Institute to create a documentary making the I-Kiribati and their stories the focal point.

Navigating Kiribati as an outsider is challenging. It is one of the least-developed countries in the world. Eighty percent of the population lives a subsistence lifestyle and there is severely limited access to electricity or running water. Though life will continue on the island for the next few decades, climate change is already making its mark. Some of my closest friends have had their homes destroyed by King Tides – exceptionally high tides that have become more powerful in recent years and are inundating the island, flooding homes and turning fresh water brackish. One friend lost her baby sister to dehydration from drinking water contaminated with oceanwater. 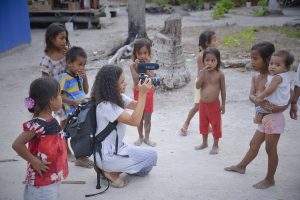 Yet what struck me most about Kiribati had nothing to do with climate change. Kiribati is vibrant in a way I didn’t know anything could be. I have never encountered a group of people that radiate love the way Kiribati people do. During my time there, I befriended a tight knit group of high school students, and they became my liaisons to their world. I was 19 at the time and so were they, and despite our vastly different life experiences, we related as most 19-year-olds do. We commiserated over our anxieties surrounding our encroaching adulthood, discussed our dreams for our futures, and shared our fears about a world paralyzed to act on climate change.

Yet when I asked my friends what they would miss most about Kiribati when they are forced to leave, and the resounding answer was, “the way we treat each other.” 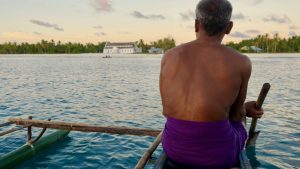 After returning to Pomona, I dreamt of going back to Kiribati. I applied for and was accepted to the Fulbright Program. As someone interested in an artistic field, I didn’t know if my work would be deemed “scholarly enough” or worthy of a Fulbright – but my worries were unfounded. I strongly believe that no one who is interested in applying for Fulbright should be under the false impression that Fulbright is not for them. Fulbright is an incredible resource, and if you have a passion for something, you should absolutely apply.

In consultation with my Kiribati network, I developed a new project for my Fulbright, tentatively titled Life Between the Tides. An anthology series, Life Between the Tides is intended to be a platform of empowerment and self-representation for Kiribati and to build respect, empathy, and understanding of Kiribati people to ease their transition when they are forced to migrate from their country in the near future. 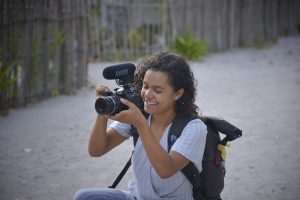 My post-production work will be supported by funding through a granting institution called “Pacific Islanders in Communications,” an organization funded by the Corporation for Public Broadcasting (CPB). I was extremely fortunate to receive the funding as well as a commitment to digital and potential television distribution through the CPB. Life Between the Tides is projected to be released by the beginning of next year.

My time in Kiribati was one of the most challenging but rewarding experiences of my life. I treasure the lessons it taught me, and the fortitude and resilience I discovered that I never knew I had. Any challenges I face now pale in comparison to what I overcame on my Fulbright. I feel a kind of self-assuredness and self-confidence in my ability as a filmmaker, and a person, that I never had prior to this experience. 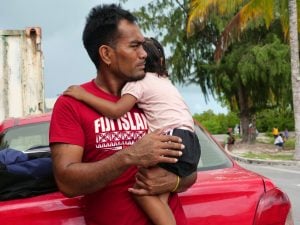 This September I will begin my MFA in Documentary Film and Video at Stanford University. I am both anxious and excited to be expanding upon my skills as a filmmaker, storyteller, and artist. In addition to refining my own abilities as a filmmaker, I want to pioneer a new form of participatory documentary filmmaking that works with disenfranchised communities to help equip them with the skills and tools to tell their own stories.

Compelling stories do not only lie at the center of the Pacific. Now, more than ever, there is a critical need for fostering greater understanding across communities through nuanced storytelling that honors the lives of its subjects. I hope to always use my position as a documentary filmmaker to uplift the narratives of those who struggle to have their voices heard.