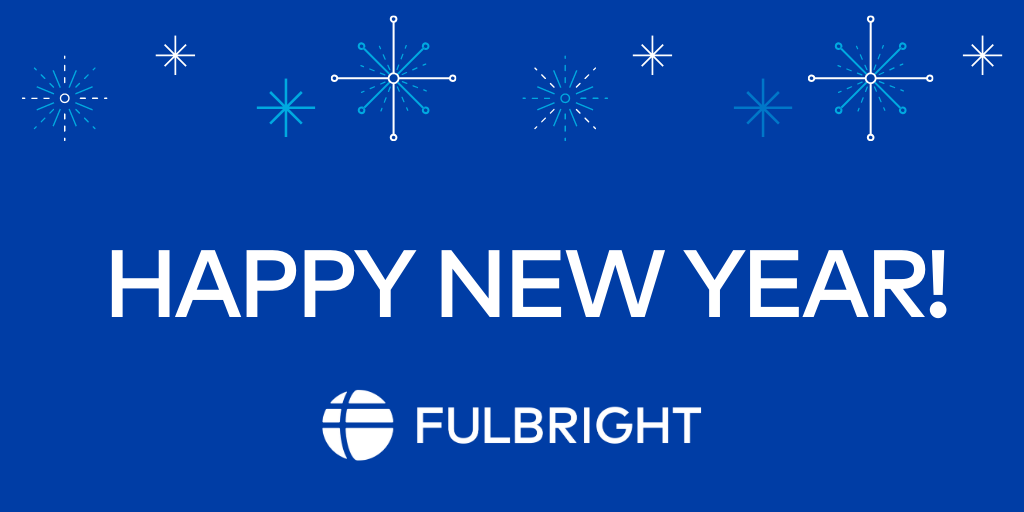 Fulbrighters around the globe spent the year teaching, pursuing research, and enacting community engagement, building mutual understanding in more than 140 countries, one connection at a time. Take a look back on some of our highlights in our 2019 Fulbright Year in Review. 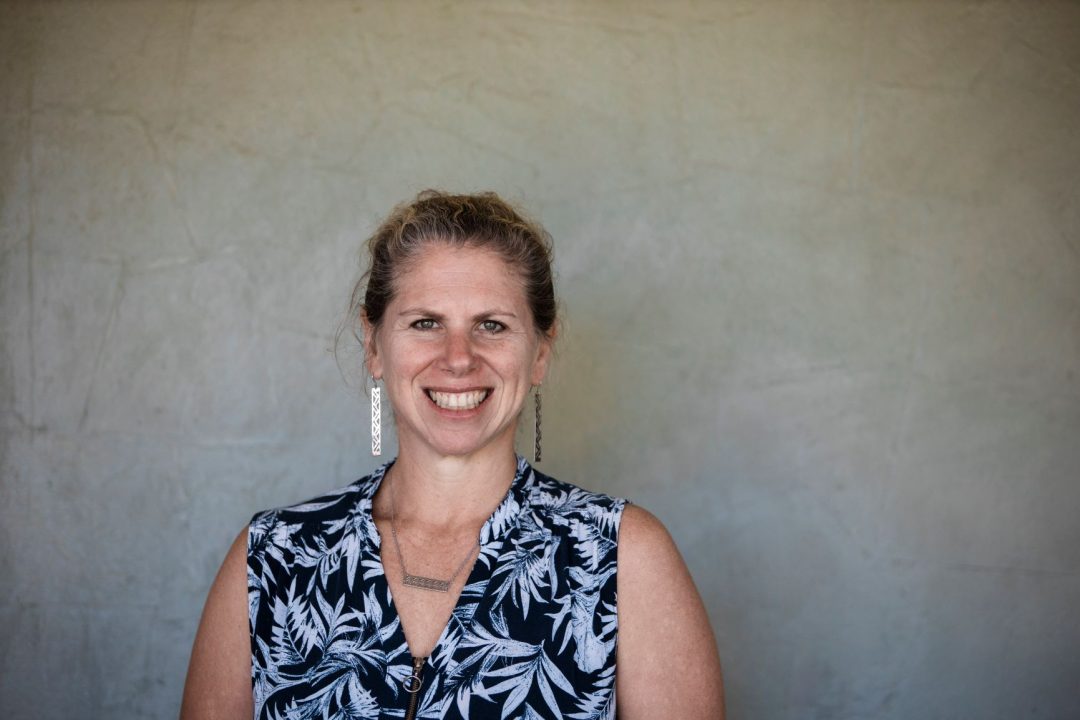 The Fulbright Program is pleased to congratulate three alumnae on their selection as 2019 MacArthur Fellows! “Genius” Fellows Andrea Dutton (2020 U.S. Scholar to New Zealand), Saidiya Hartman (1997 U.S. Scholar to Ghana), and Stacy Jupiter (2002 U.S. Student to Australia) will each receive a $625,000, no-strings-attached award from the MacArthur Foundation to support their creative, intellectual, and professional projects.

According to the MacArthur Foundation’s website, fellowships are awarded to “talented individuals who have shown extraordinary originality and dedication in their creative pursuits and a marked capacity for self-direction.” It lays out the following criteria for the selection of Fellows:

Learn more about how each Fellow’s experience as a Fulbright participant supported and inspired their professional goals: 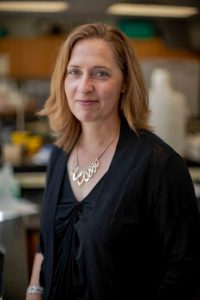 Andrea Dutton: A University of Wisconsin-Madison geochemist and paleoclimatologist specializing in sea levels, Andrea Dutton will travel to New Zealand as a Fulbright U.S. Scholar in the spring of 2020. During her grant, she will analyze local coral and coastlines to better understand how sea levels are changing. Dr. Dutton is motivated to study and share her findings with people and communities specifically affected by rising seas. 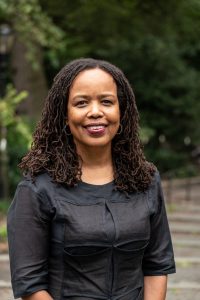 Saidiya Hartman: A literary scholar and cultural historian, Saidiya Hartman “explores the limits of the archive” through telling the stories of African slaves, free black people, and other marginalized individuals excluded from the recent American past, and how those experiences inform the contemporary African American experience. During her nine months as a Fulbright U.S. Scholar to Accra, Ghana in 1997, Dr. Hartman studied the Atlantic slave trade through her project, entitled, “Belated Encounters on the Gold Coast: Captives, Mourners, and the Tragedy of Origins.” She has authored two books and is a professor of English and comparative literature at Columbia University. 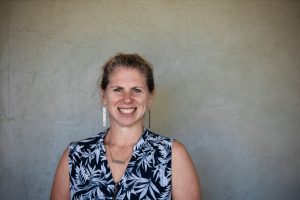 Stacy Jupiter: A marine scientist, Stacy Jupiter works with indigenous Melanesian communities in Fiji, the Solomon Islands, and Papua New Guinea on ecosystem management by integrating local cultural practices with field research. Dr. Jupiter has collaborated on Fiji’s first “Ridge-to-Reef” management plan, which is currently used as a template for other areas in the region. During her Fulbright to Australia as a U.S. Student in 2002, she worked to contain and prevent microbial blooms in Moreton Bay, Queensland. 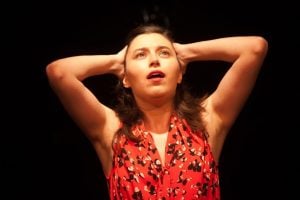 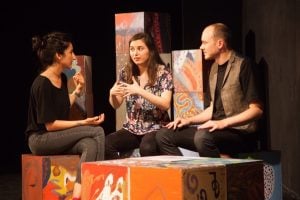 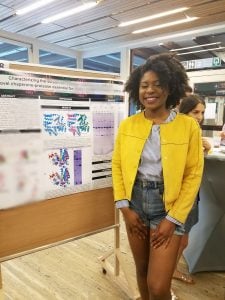 Presenting a poster for Ph.D. Day at the de Duve Institute.

I had no idea what to expect from Brussels as I prepared to make the de Duve Institute my new lab home for the year. As a black woman and first-generation Nigerian-American, I did not know if I would see myself represented in professional or social settings in Europe. What I did know was that I would be in a supportive lab environment working with the best microbiologists in the world to combat the global threat of antibiotic resistance.

In hindsight, Belgium was the perfect fit for me academically, professionally, and socially. I established relationships with European research institutions, further prepared myself for my Ph.D. Program in the Biomedical Sciences at the University of Michigan through my research project, and made friends across the world.

One of the most rewarding experiences I had as a scientist was at our lab retreat in Cadiz, Spain, where several labs across Europe met to present our research. During a career panel discussion, I looked around the room and saw 40+ scientists but no people of color. I raised my hand and asked, “Where are the women and people of color in leadership positions? The majority of people at this retreat are women, yet all of the people in charge of these labs are white men.“

Although extremely nervous, I felt obligated to be a voice for underrepresented (UR) minorities. As the only black voice, the only American voice, I could not allow the fear of asking a controversial question overshadow the opportunity to spark cross-cultural dialogue about the need for diversity in the sciences. 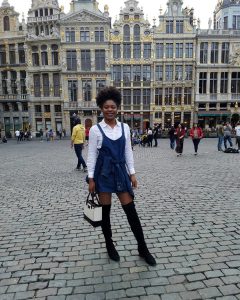 Spending the day at Grand Place with friends visiting from the U.S.

There was a pause followed by empathetic sighs and laughter. It was clear that they understood the gravity of my question and the paradox of discussing the need for diversity with a non-diverse panel. One of the panelists, the head of a major research institute in France, stated that they were deeply committed to diversifying STEM fields and had created task forces to increase the number of women in leadership positions. The other panelists echoed similar sentiments which prompted a passionate discussion about gender discrimination and implicit biases in STEM. Some made the point that increasing paternity leave would discourage employers from assuming that women would need more time off from their jobs than men. Others shared feelings of discouragement from seeing a room filled with female scientists only to see leadership roles filled by men. After the panel discussion, a few women expressed their gratitude for my question and I felt extremely proud for having the courage to embody the heart of the Fulbright Program.

Although my question was well-received, as the panelists and audience focused on gender, my point about race was lost. I was not surprised that this happened. Being the only person of color in the room, I recognized that people tend to focus on issues that they identify with. This further highlights the need for representation in these spaces so that UR groups will be supported and their needs addressed. Regardless, I am happy that I brought the issue to people’s attention. I hope that they will be sensitive to the challenges with representation of people of color in STEM moving forward. 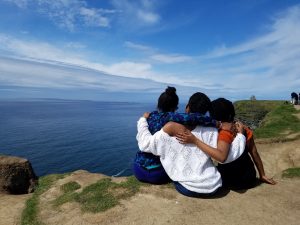 Day trip to the Cliffs of Moher, Ireland with Fulbright grantees.

Related to my passion for advocating for UR groups, I created the @fulbrightnoir Instagram account to share the stories of black Fulbrighters. After meeting the first black Fulbrighters that I knew through Instagram, I wanted to encourage prospective UR applicants and UR groups within Fulbright by showcasing the diversity that exists within the program.

In addition to the @fulbrightnoir community, I connected with a Belgian woman through Instagram who introduced me to Matonge, an area central to the Congolese community in Belgium. This was the first time I was surrounded by people that looked like me and I felt right at home.

My advice to future Fulbrighters is to be open to meeting people through various platforms. Be creative, committed, and unyielding while creating your new home abroad. Social media was instrumental in building my social networks and finding social scenes that I missed direly in the U.S. Instagram connected me with a new side of Brussels that transformed my experience from great to perfect.

Thanks to the Fulbright community for all of your great #IEW2014 tweets!

END_OF_DOCUMENT_TOKEN_TO_BE_REPLACED Ammar Mohammed is a current Fulbright Foreign Student from Yemen.

We are living the most technologically advanced generation of all times – yet have some of the most pressing challenges in the history of humanity – be it economic, environmental, social, or political. As a Fulbright scholar in sustainable development, I always contemplate the solutions for those challenges. I believe that a sustainable solution is a combination of addressing the above challenges. I see social entrepreneurship as the key to solving economic and social challenges—putting into account preserving the environment—that creates new markets and promotes social integration and participation. Entrepreneurs are leaders who transform communities. Entrepreneurs can also multiply their impact by lobbying the government for more support for young people and legislation that encourages entrepreneurial ideas. I believe that this hybrid model of social entrepreneurship and policy advocacy will be my first priority to tackling present challenges.

During the past year, I’ve come to see how this generation has diversified mindsets. There is a tendency to change the status quo through various means available exclusively to the Millennial generation. There are numerous campaign initiatives to improve the life of the less fortunate and for social justice around the world. The most striking aspect, however, is that this generation tends to shift entrepreneurship to be more socially oriented, using technology to that end. Social entrepreneurship, crowd-funding and impact investing show how a business can solve a social challenge and at the same time be profitable. In fact, this is one aspect I will definitely take back with me to Yemen and work to promote it.