Exploring the Extraordinary in Your Ordinary 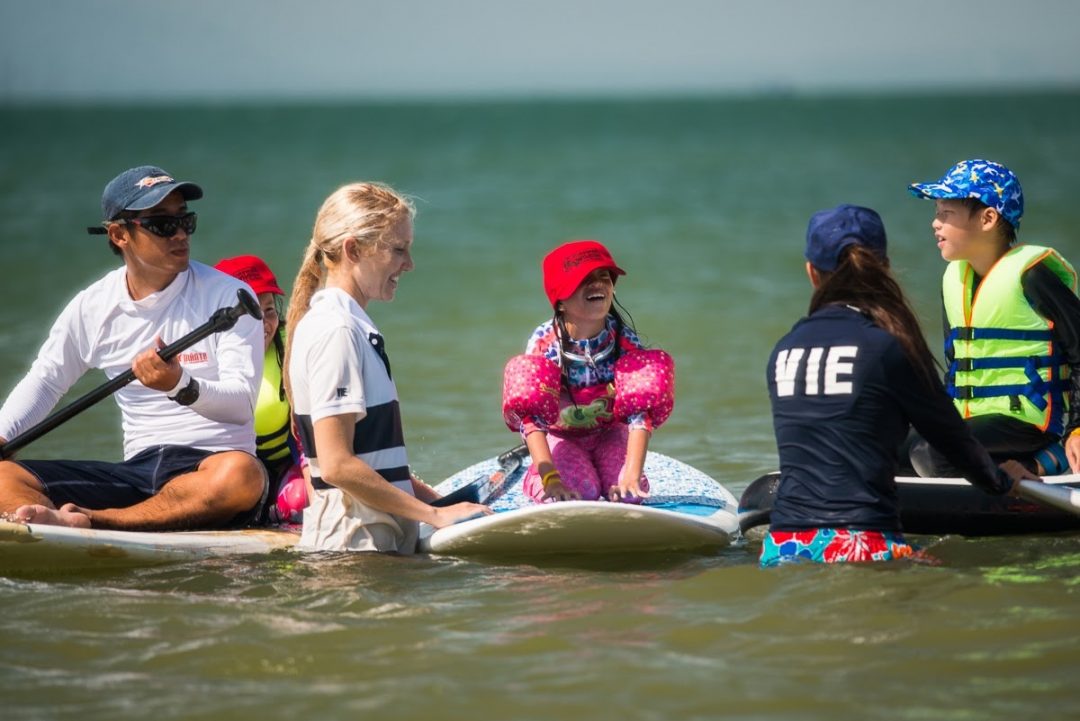 My dad almost spit out his morning coffee. Puzzled, he cleared his throat.

It was June of last year and I was only thinking to apply for a Fulbright.

“It’s just a thought! I’m just looking into it.”

My words rushed together, the way they do when I get overly excited — which happens a lot. I have ADHD.

He cautiously took a second sip of coffee.

“I mean — isn’t a Fulbright really competitive? Like for people who… you know?“

I knew who he meant. The smart people. Valedictorians. Meredith, who took AP Physics in high school.

Acknowledging his question, I glanced back at my laptop with the Getting Started page on the Fulbright Student Program website staring brightly back at me. The thought that the U.S. State Department would pay me — me! — to travel to a foreign country and devote nine months of my life to collaborating with local residents with a shared curiosity for actionable, positive change seemed beyond my wildest dreams. But the only thing that seemed more impossible than me winning a Fulbright, was me not applying.

I knew my dad’s apprehension was well-informed by my past struggles and letdowns involving my grades, where I had to prove to others that I was capable and yes, even smart…just not in the conventional way.

The first time I noticed it, I was five. While I was surrounded by my classmates stretching their hands high up in the air and shouting, “Me! ME!” so that the teacher might call on them first to reveal the coveted, correct answer to the subtraction problem, my hands were clenched tightly around the desk as if we were all about to blast off into the deep, dark unknown forever. I had no idea what was going on… only that so much was going on. Contrary to popular belief, people with ADHD don’t have trouble concentrating. We simply concentrate on everything all at once. The math problem, the other students, the staple shining on the floor and that weird pencil mark on the desk that looks like an acorn are all equally begging for our attention.

In school, this restlessness and attention to peripheral details presented a huge challenge that often resulted in poor grades, dismal SAT scores, and low self-esteem. Surfing was my escape. Sliding down the face of a wave, I knew exactly where I was — physically, mentally, and yes, even spiritually. Unlike the classroom, the ocean was this dynamic force that required my absolute, divided attention — to everything all at once. For the first time, my disabilities were capabilities; misfits that found themselves useful. Mystifying still, the ocean was what ultimately ushered me back into the classroom.

I’m a social-ecologist, meaning I study the relationships people have with our built and natural environment. My focus is on the world’s millions of miles of coastlines and the many isolated, marginalized fishing communities that depend on ever-depleting marine resources. I’ve come to realize that my disabilities are like superpowers — if harnessed properly, they enable me to explore nuances — whether of a physical space, a word in a foreign language, or a feedback loop in a marine social-ecological system. These overlooked subtleties are where the problems hide… those details researchers seek in order to solve problems. In that ability to spot those details lies the ability to find the extraordinary in the ordinary.

Almost one year after being awarded a Fulbright-National Geographic Storytelling Fellowship to Vietnam, I’m still pinching myself that it really happened. My dad spit out his coffee for a second time when I told him the remarkable news.

Before I arrived, people described Vietnam to me as overwhelming. If by that they meant overwhelmingly beautiful, industrialized, and karaoke-curious, I understand. During my time there, I immersed myself in a small-scale fishing community with a rapidly-developing tourism scene and rising sea level just north of Ho Chi Minh City. I lived in the back of a water sports center called MANTA. MANTA trains fishermen to become certified sailing instructors so that they can teach tourists how to sail, and how to use the power of wind energy as an alternative to fossil fuels. MANTA also provides fishermen with an alternative source of income, though this doesn’t mean that the fishermen stop fishing – that’s in their blood.

Since I lived inside a water sports center, I was fortunate to have stand-up paddle boards at my disposal. They were my go-to mode of transportation and earned me credibility among the fishermen for maneuvering my own water craft. I paddled out to sea and met them at their boats for interviews. Sometimes, they invited me on board for breakfast, and we would help ourselves to buckets of freshly-caught soft shell blue crabs, cracking open the not-so-soft shells with our teeth and slurping up the honeyed insides.

In my research, I listened to fishermen’s stories and explored the social and ecological impacts of low fish availability on the human security of ocean-dependent villages along the East Sea. Back on land, my colleagues included several children, ages four to sixteen — the sons and daughters of local fishing families. These kids accompanied me with waterproof cameras to document their lives. Despite the innumerable dissimilarities between my childhood and their own, I can’t help but identify with some aspects. These kids are smart. They are resourceful. I think they’re incredible. But many of them have been told they are not something enough to be successful, or they are too something to have real authority.

I wanted to wash all that social conditioning from their minds and tell them they are powerful. You, kid, are the superhero of your own life story. Our disadvantages, disabilities, discriminations, and disappointments do not define us, because we have the human right to make up our own definitions.

My research team and I explored the extraordinary in the ordinary. They helped me capture nuances in their images that are often unaccounted for in academic papers and news stories. As one fisherman said, the projects we did together were an opportunity for everyone to “big themselves up”… and that’s what Fulbright has meant for me.